SpectraSaber Is the Realest Lightsaber Ever

From hoverboards to Hyperloop, science fiction is rapidly becoming our new reality. But there is one mad idea that is yet to be fulfilled. Of all the remarkable characters and technology in the Star Wars movies, the lightsaber holds a special place in the hearts of fans. It remains an impossible dream.

Until a real lightsaber is invented, we must all make do with the realest lightsaber ever. It is named SpectraSaber, and it mimics every detail of the laser sword with remarkable accuracy. You can even use it for dueling with friends.

Made from aircraft-grade aluminum, ABS plastic and stainless steel, the SpectraSaber feels like the kind of weapon that would strike down the dark side. It does not perfectly match the lightsaber carried by any particular character, but instead draws inspiration from the hilts of Skywalker and Vader. 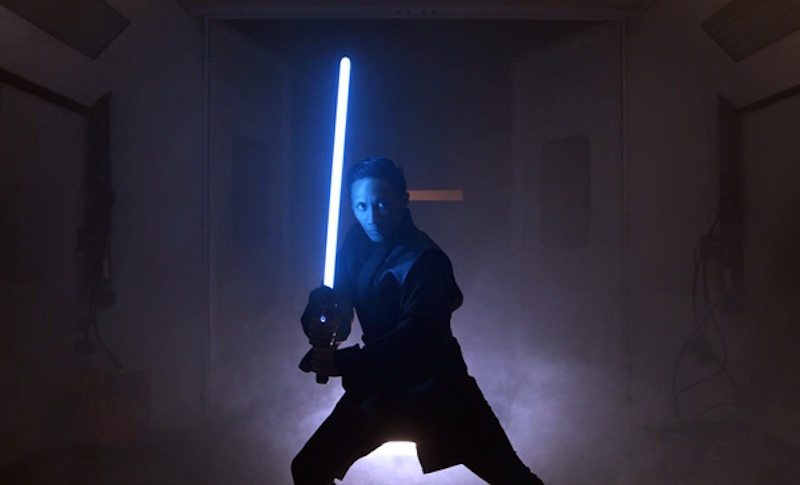 While the SpectraSaber does not retract, it has super-bright LEDs that scroll when they light to mimic withdrawal and deployment. The blade is made from reinforced silicon, which is able to withstand stage fighting. When one saber strikes another, the appropriate sound effect is played, right on cue. More swooshing sounds can be heard as you wave your weapon, and controls on the handle allow the user to change the color of the blade.

[tweet_box]Until a real lightsaber is invented, we must make do with the realest replica ever: SpectraSaber[/tweet_box]

It adds up to an impressive replica, and if the current Kickstarter fundraising goes to plan, backers can expect to receive their SpectraSaber by February 2017. At the time of writing, a pledge of $395 is needed to secure an early model, ahead of an expected retail price of $495. At that level, only dedicated fans will be tempted. That said, anyone who does purchase the saber can expect to gain a lot of new friends! 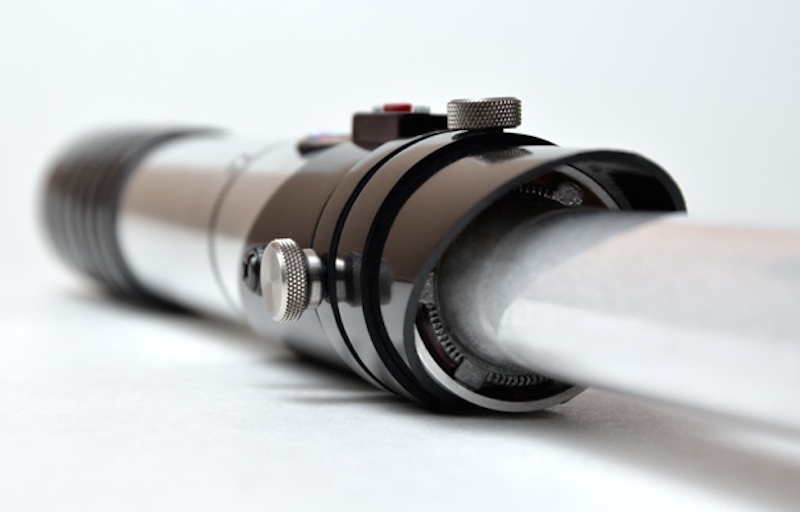 Are you tempted by the SpectraSaber, or are you waiting for the real thing?

Mark is best known for writing about apps, but he also loves the tactile, hardware side of technology. Being a professional photographer, he's pretty handy with a camera, and he's a self-confessed tweetaholic.
21
Join the Discussion
Latest Blog Posts