Be it the 120Hz Refresh Rate or the SSD or the DualSense controller with haptic feedback, the Sony PS5 release has been topping the tech charts throughout this year. And, finally, the official reveal is here. Not only did we get a glimpse of the new PS5, but also the 26 new games and a bunch of accessories to go with it. A whole new PlayStation experience is almost here! 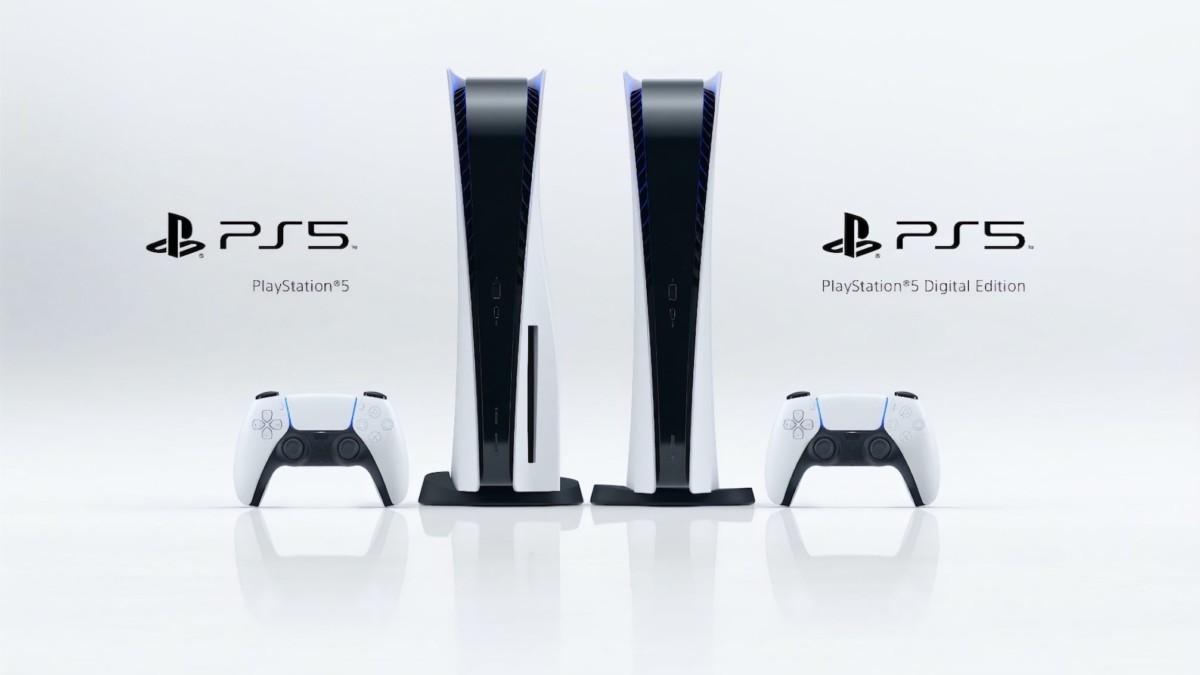 After a long wait, the PS5 reveal has finally happened and if we were to say, it’s been an amazing event so far. The new PS5 console looks unique and matches with the DualSense controller design that was launched back in April. In fact, the 120Hz Refresh Rate for PS5 is what makes us so excited as gamers. It will truly revolutionize FPS console gaming and we can’t wait to try it out. Although the official release isn’t happening before the Holidays, Sony did reveal 26 brand new games exclusive to the PS5 during the event along with some cool gaming accessories to enhance your experience.

Related: PS5 vs. Xbox Series X: Which one should you buy?

Let’s take a look at all the PS5 announcements from the event in this quick recap.

The white-and-black hardware matches the new PS5 DualSense controller. And just like the Xbox Series X, the Sony PS5 console stands vertically. The new PS5 console will be available in two versions—one with a 4K Blu-ray drive and the other as a pure Digital Edition. The console is powered by an eight-core AMD Zen 2 CPU and a custom AMD RDNA 2-based GPU. The proprietary SSD will provide 825GB of storage and 5.5GB/s of performance. The top of the unit will also have vents for heat dissipation, with USB-A and USB-C ports at the front. Pricing for the consoles has not released yet although rumors say that the digital edition might be lower than the one with an optical drive.

Although the controller was first teased back in April, yesterday’s event can be considered as the first formal release of the controller. While the audio and visual components are taken care of with the PlayStation 5, the DualSense controller enhances touch. In fact, this gaming controller offers haptic feedback, so you can actually feel everything that’s going on in the world around you. This creates a more immersive experience than ever before. And you can still plug your headphones into the audio jack on the PlayStation DualSense. But you can use its built-in microphone array to chat with friends while not wearing a headset. 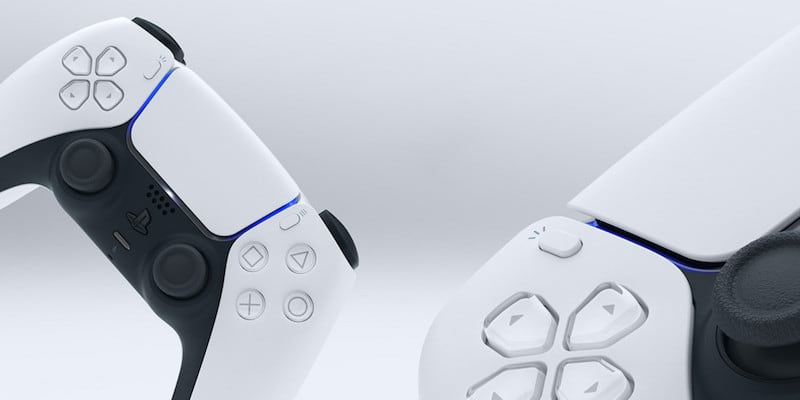 Apart from the controller, Sony has also revealed a bunch of accessories that can go with your PS5 experience once you have it in hands. These include –

The new HD Camera comes with dual 1080p lenses. It is likely meant to let players stream footage from their living rooms while playing games. This should make live streaming easier with the PS5 for amateur streamers. 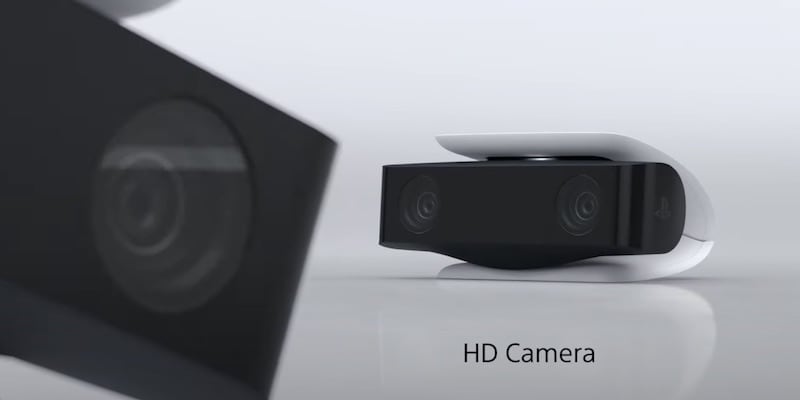 The Pulse 3D wireless headset offers 3D audio support which is considered to be one of the main features for the PS5. Along with this, this is also a pair of dual noise-canceling microphones. 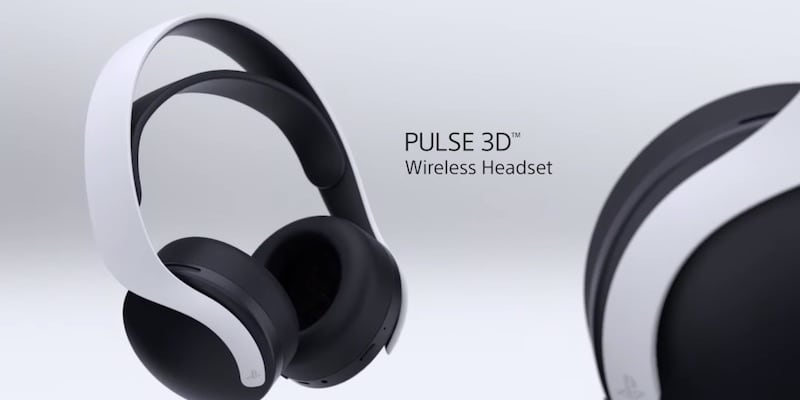 The media remote features a built-in microphone for voice commands. There are also four unmarked buttons on the bottom of the remote, the use of which is still not disclosed. 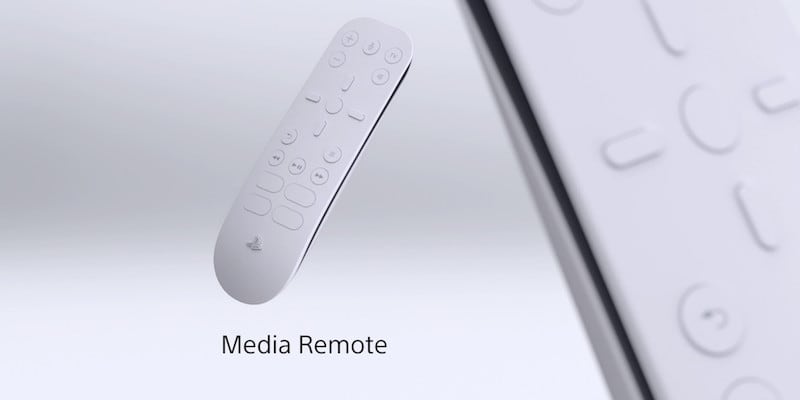 The DualSense charging station charges up to two DualSense controllers at the same time. It doesn’t appear to use the regular USB-C port located at the top of the controller to charge but instead connects through a separate accessory dock at the bottom. The design also matches the black-and-white color scheme of the controllers and the console itself. 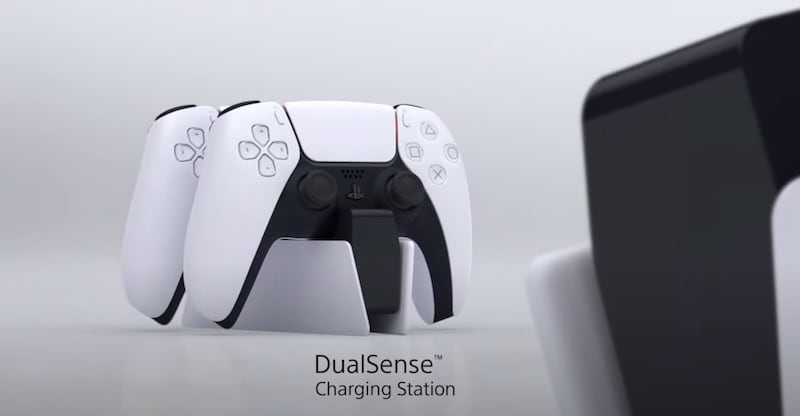 However, the pricing and release date of all these accessories are yet to be announced. If we had to guess, it should be simultaneously released with the console.

If you were to sign up for a true PS5 experience, it’s got to be the games. The 26 brand new PS5 game releases are totally worth waiting for. We’ll just share the trailers with you below and you’ll know why they are such a rage.

This new entry focuses on Miles Morales, who was teased as Peter Parker’s new superpowered apprentice at the end of the first game. The PS5 SSD and the haptic feedback from the controller will make the experience one of a kind.

A PlayStation game launch event is never complete without the teaser of a new Gran Turismo game.

Godfall was revealed by Gearbox and Counterplay Games at last December’s Video Game Awards, which looked like Borderlands with swords.

This graphically stunning adventure will see a return of Aloy, and this time, the future warrior will take on robotic dinosaurs across America in the PS5 sequel Horizon Forbidden West.

Soulstorm follows the series protagonist, Abe, who has just stirred himself from worker bee complacency to lead an uprising with his fellow Mudokens against their exploitative capitalist overlords, the Glukkons. As reported by TechRadar, it’s truly a game of our times.

Resident Evil 8: Village is coming to the PS5, and it looks like a return to the creepy European setting of the series’ high-point, Resident Evil 4. From werewolf-like monsters to the return of Chris Redfield, and everything in between.

It’s being built from the ground up by Japan Studio and Bluepoint Games.

What exactly is new or enhanced remains to be seen based on the GTA 6 release date.

Set in a lush fantasy world full of creatures and giant dragons, it looks set to be a large-scale action-adventure.

A colorful, kid-friendly platform-shooter hybrid, this game looks more like a Pixar film come to life.

This is a 3D platformer, instead of a 2.5D game, giving Sony a Super Mario rival at launch with the cuteness of a Yoshi game.

It features NBA Pelicans player Zion Williamson all alone on the court.

It appears that the battle starts with everyone inside high-powered vehicles, and then the action transitions into a frantic free-for-all as you try to stop your driver from being run over.

In Deathloop, you play Colt, enemy number one on the party island of Blackreef, and you’ll have to sneak and shoot your way past eliminating eight targets that keep you locked in a groovy, nightmarish Groundhog Day.

From indie darlings Annapurna Interactive, Stray is a futuristic title, where humans seem to have been replaced by robots.

This game looks like it’s going to bring the kind of branching narrative design of Life is Strange or The Walking Dead into the next generation in an inclusive love story about teenage dinosaurs.

This third-person shooter/rogue-like hybrid has you stuck on an alien planet that transforms each time you die.

Bugsnax is the innocent-looking PS5 game that takes cues from cutesy titles Animal Crossing: New Horizons and Octodad, with a snack-filled gameplay twist.

The game will finish up the World of Assassination storyline that began with the series 2016 reboot and the reveal trailer even shows off some gameplay footage from the Dubai level.

Ghostwire: Tokyo is a new PS5 exclusive from Shinji Mikami and Tango Dreamworks that sees the city of Tokyo 99% depopulated by a paranormal occult event, leaving malevolent spirits to savage the city and its survivors.

The new game follows Mei, a Jett scout who descends from a massive starship to explore a mythic ocean planet and discover the source of an interstellar transmission – but set to the sound design and compositions of scntfc, the artist behind the soundtracks for Afterparty, Oxenfree, and Jenny leClue, Detectivu, Jett: The Far Shore promises to be an audiovisual (and vibrationally tactile) experience.

Kena: Bridge of the Spirits

An enchanting story-driven adventure game, Kena: Bridge of the Spirits revolves around finding and growing a small team of spirit companions called the Rot.

Little Devil Inside is a cute action RPG with a cartoony style, but there’s not much else we know about it: half the trailer shows a traditional adventurer-dude evading monster

great and small in a variety of environments, while the other half shows a refined older gentleman strolling about town.

Astro, who you may remember from the ‘Playroom VR’ game on PS4, returns in late 2020, although this platform game appears to be stripped on VR innovation.

The game’s trailer shows a spaceman protecting the world (and a little girl) from otherwordly forces, and the character walking through desolate futuristic streets; it looks like something Hideo Kojima would concoct.

With that said, we would now like to hear from you about your favorite PS5 game release so far. Share with us in the comments below.