PS5 vs. Xbox Series X: Which one should you buy?

2020 has arrived. That means that this holiday season we can expect the launch of the new PS5 and Xbox Series X. With both consoles set to be released in the same year, you’re wondering which one should you buy. We’ve rounded up some initial reviews here. 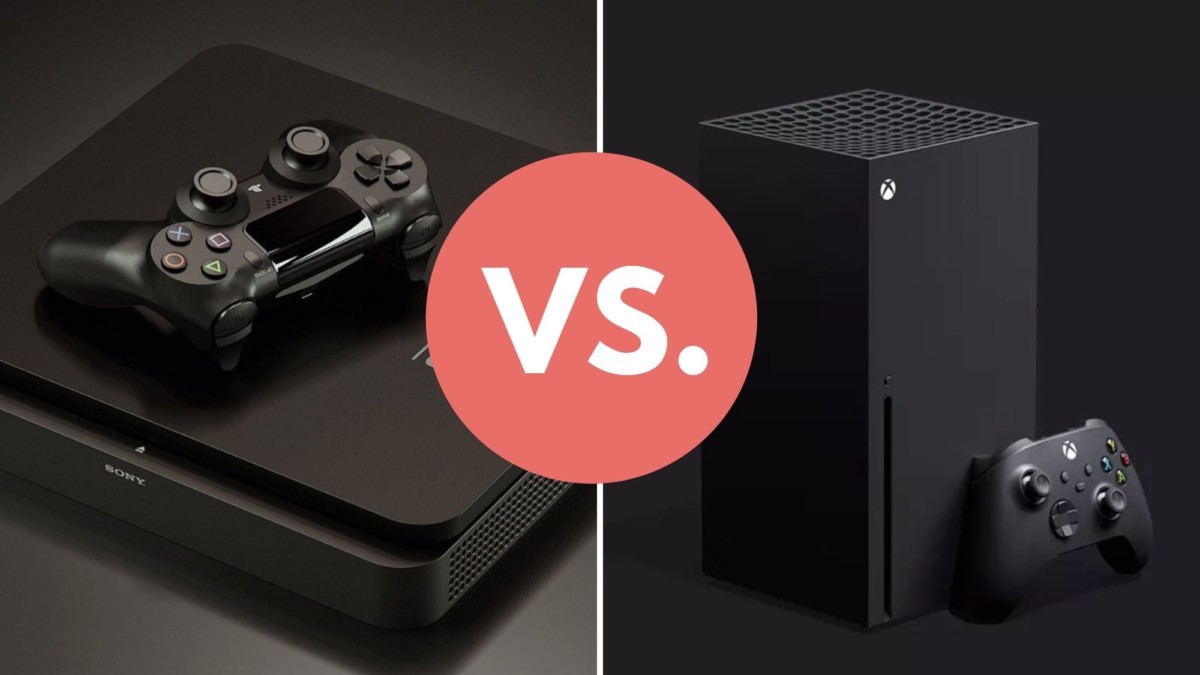 For gamers, you know what the 2020 holiday season means: the release of the new Xbox Series X and PS5. By all accounts, the two consoles have pretty similar specs and capabilities. So, when considering the  Xbox Series X vs. PS5, which one should you buy for a special gift to yourself or the gamer in your life? We have a breakdown of what both machines offer and what you should keep in mind before you spend your hard-earned cash. And, following the PS5 game reveal event on June 12, 2020, we’ve got all the updates on PS5 games.

According to GamesRadar+, when you compare the PS5 vs. Xbox Series X, there’s going to be more to consider than their power alone. While diminishing load times and connectivity channels will still be important, the ninth generation of gaming consoles is likely to focus more on services and their quality. It’s a different approach to gaming than we’re used to seeing, but an interesting one. 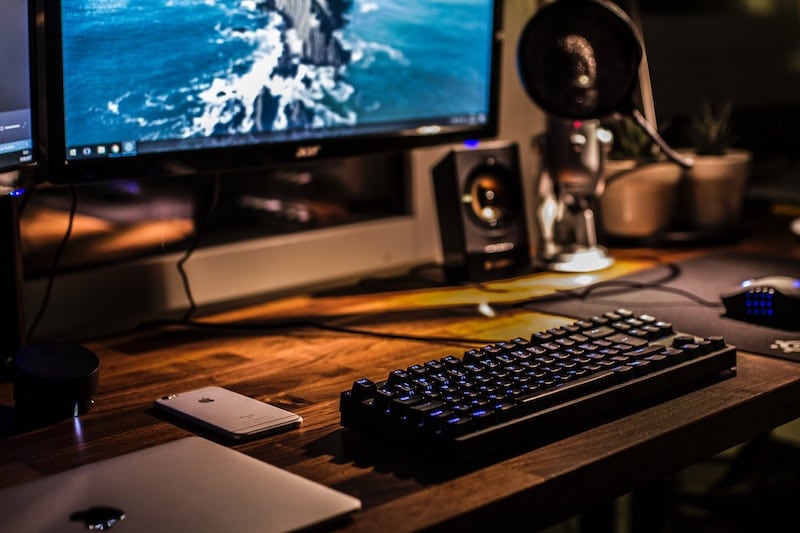 Which console is more powerful?

The way consoles are powered defines the gaming generation. That’s according to GamesRadar+. This generation, with entirely new hardware ecosystems on the market, gives developers new opportunities to work with. With this generation, both companies are paying attention to the scale of the CPU and GPU and how they communicate. This will allow both Sony and Microsoft to provide previously unheard-of levels of visual consistency.

For this new generation, both Sony and Microsoft have again teamed up with tech company AMD. The initial PS5 specifications say that its CPU will be a custom third-generation Ryzen chip. It’s GPU is a customized variant Radeon Navi, which can support 3D audio and ray-tracing.

Microsoft hasn’t released as many specifics about the Xbox Series X. GamesRadar+ says that the company has been working with AMD to produce a custom system-on-chip (SOC) platform where the CPU and GPU work together. This SOC platform should be a custom combination of the AMD Ryzen Zen 2 CPU core and a Navi GPU based on “next-generation” Radeon RDNA architecture. This will allow Xbox Series X to provide hardware-accelerated real-time ray tracing.

Keeping all this in mind, PS5 and Xbox Series X seem to offer similar capabilities in terms of specs. 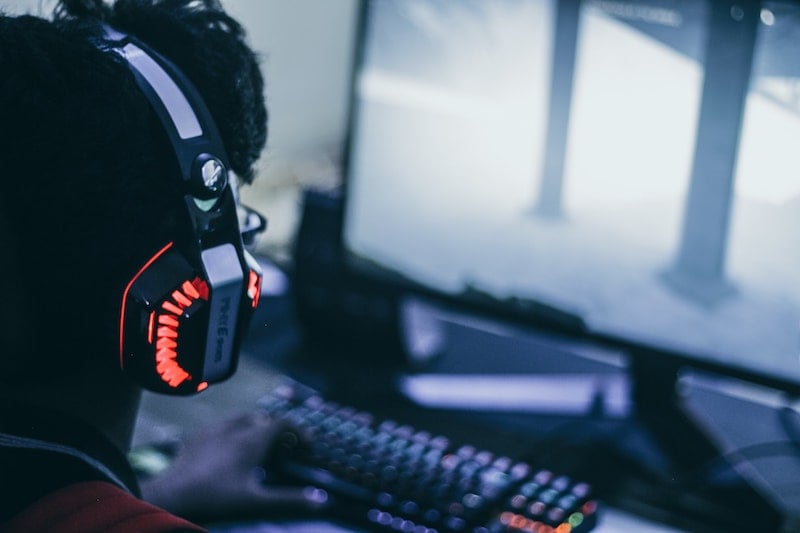 What games will come to the next generation consoles?

Another factor in the Ps5 vs. Xbox series X debate is the games each console will support. According to Business Insider, “Halo Infinite” will be released alongside the next Xbox. Also, Microsoft revealed, “Sensua’s Saga: Hellblade 2” as a new game for the Series X console. Games from Microsoft franchises like “Gears of War” and “Forza” should also play on the new console.

Bethesda Game Studios announced that both “The Elder Scrolls VI” and “Starfield” will both play on “next-gen” consoles. BUSINESS INSIDER believes that the games are likely to come to the next Xbox and PlayStation since the company makes multiplatform blockbuster games.

CNET and Polygon reported that at the PS5 online reveal event on July 11, 2020; Sony revealed more than two dozen games, nine of which were developed by its studios. This includes Insomniac Games, which made Super Man. So, someone interested in getting the PS5 can expect Marvel’s Spider-Man: Miles Morales, Gran Turismo 7, Godfall, Demon’s Souls Remake, GhostWire Tokyo, Resident Evil 7 Upgraded Grand Theft Auto 5, Hitman 3, Project Athia, Rachet & Clank: Rift Apart, Returnal, and Stray among others.

What services do the two systems offer?

Back when Xbox Live Gold and PlayStation Plus launched in 2013, you needed subscriptions to play most of the games online. Digital Trends reckons that this will hold for the ninth generation of systems. However, because there is more demand for game streaming, we can expect more online services.

For the PlayStation side, Digital Trends predicts that Sony will put more emphasis and improve its PlayStation Now service. This service lets you stream games you don’t own. Digital Trends also suggests that this could be their solution for backward compatibility with PlayStation 3 games. The PS5 will still support physical media. As of June 12, 2020, Sony has revealed that the PS5 will offer a discless, all-digital version of the console, writes CNET.

BUSINESS INSIDER says that there is one confirmed service with the Xbox Series X: Microsoft’s popular Xbox Game Pass subscription service. Since the service has been a foundation for Microsoft’s plans for Xbox’s future, it makes sense that it will move over to the next generation as well.

Also,  reviewers believe that Microsoft Project xCloud service will work on the Xbox Series X. While the name isn’t official yet, the game-streaming service would allow you to play games on a variety of devices in addition to the Xbox series X console. The service should let you stream games, including those you’ve bought, from your console to a mobile device for free.  You may even be able to pair the service with Xbox Game Pass at some point. BUSINESS INSIDER says this could introduce the first Netflix-style gaming service. 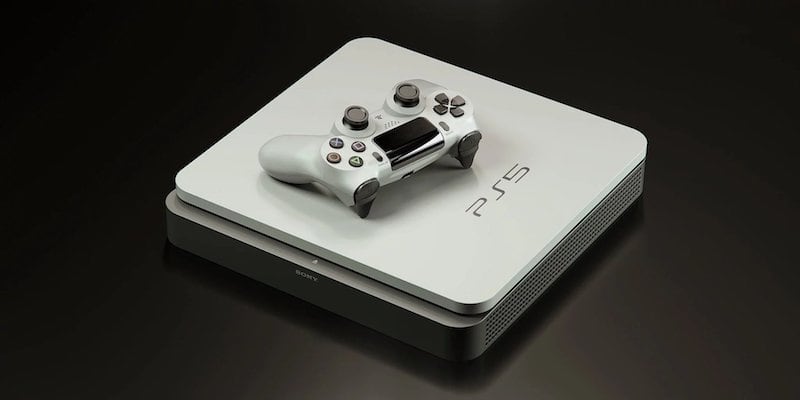 Which console will offer better VR?

In terms of VR options, GamesRadar+ says that the Sony PS5 is hands-down the best choice. They go on to cite Microsoft’s belief that VR belongs to the PC realm of gaming. Meanwhile, Sony has strengthened its commitment to providing VR in its consoles. The PS5 VR will be there when the product is released. The PSVR headset will be forward compatible with the PS5. So this is something else to consider when comparing PS5 vs. Xbox Series X.

Will both machines offer backward compatibility?

Yes, both machines will offer some sort of backward compatibility, or the ability to play games from previous console generations. Tech Radar writes that so far, the companies have not confirmed any games. But Microsoft has been a bit more specific here. “The original Xbox games and Xbox 360 games that are backward compatible now on your Xbox One, those will play. Your Xbox One games will play, your accessories will play,” Xbox leader Phil Spencer said during a BUSINESS INSIDER interview.

Xbox series X is likely to have full backward compatibility with Xbox 360 and Xbox One Games. Meanwhile, Sony says that many games will be compatible with PS5. However, it is worth noting that Microsoft has spent years developing its services and cloud technology. We’re excited to see exactly what how this will translate the games we’ll be able to play with the Xbox Series X.

The Xbox Series X will feature a wireless controller. However, the overall design is similar to that of the Xbox One controller with bumpers and rumble triggers. However, there are some cool new updates.

According to Microsoft, the controller’s “size and shape have been refined to accommodate an even wider range of people;” So it’s a bit smaller than before. The most noteworthy new feature is a Share button, which should make uploading video clips and screenshots easier.

The PS5 will feature haptic feedback

How much will they cost?

Another major factor to account for when comparing the PS5 vs. Xbox Series X is pricing. According to Business Insider, price is probably the most important factor people consider before buying a new gaming console. A new Twitter survey by Mortal Kombat creator Ed Boon, received over 50,000 responses from people likely to purchase a new game console. Affordable price was the most significant determining factor.

And with the last few generations of gaming consoles, “affordable” translated to machines that cost $400 or less. For the moment, there are no official announcements about either the PS5 or Xbox Series X prices. However, Business Insider says that sources speaking to Bloomberg have mentioned that the PS5 will cost at least $470. The Xbox series X will likely have a similar price since both consoles have similar specifications.

So, which one should you buy?

At this point, when comparing PS5 vs. Xbox Series X, most reviewers believe it’s too far ahead to make any definitive suggestions. If you’re interested in streaming services and backward gaming, the Xbox series X is slightly ahead at this point. However, if VR is important to you, you might want to consider PS5.

When can you buy the new consoles?

Tech Radar says that both Sony and Microsoft have set “holiday 2020” release dates. So anytime between October through to December. In terms of price, they’ll be a ballpark $500, but neither company has mentioned a definite figure. Whichever one you choose, it’s sure to be a great holiday gift for yourself or the gamer in your life.