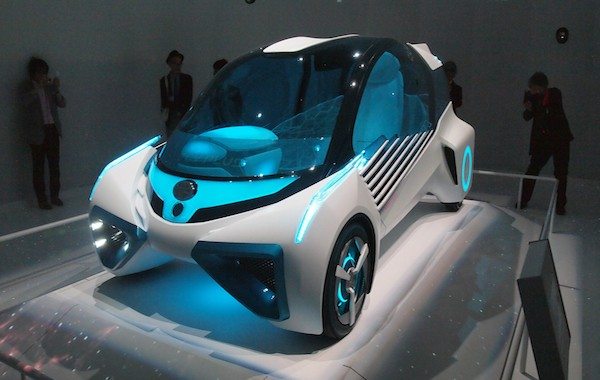 Toyota revealed what could be the most promising “car of the future” model at the Tokyo Motor Show. Called FCV Plus, the concept vehicle is sustainable and helpful to others on the road. Oh, and it also doesn’t have a steering wheel. 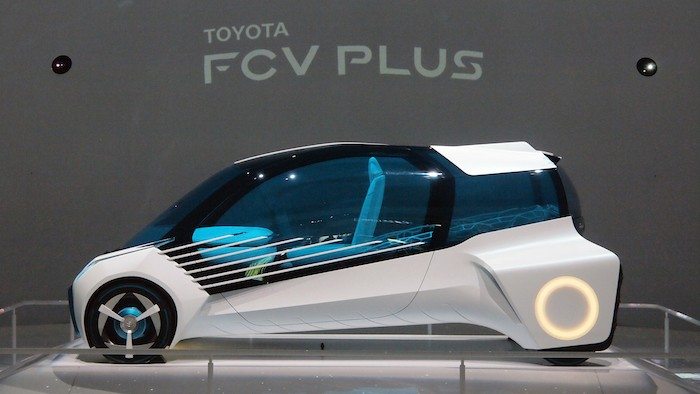 The Japanese carmaker is known for pushing the limits of fuel cell technology. That’s why like the Mirai, the FCV Plus will also have the same power-saving capabilities. But going beyond producing power, it will have the ability to share it with others. In social mode, the vehicle can wirelessly generate and distribute power to stranded cars, smart grids and devices. Of course, this is a concept car and Toyota failed to reveal how it will exactly do this.

“When the car is parked, it – in concept – can connect to an external hydrogen source (something far larger than a car’s tank capacity) to power a home or building,” said Justin Westbrook from Jalopnik. “Toyota sees this potential being used to provide self-sustainable clean energy as part of the local infrastructure for small communities.” 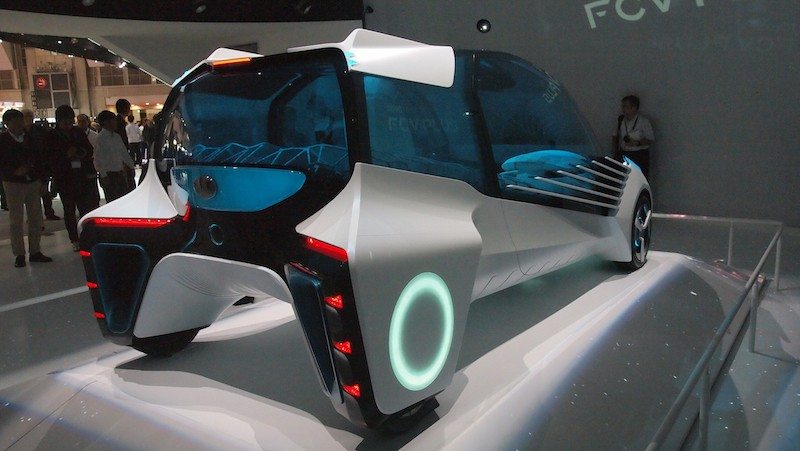 The first thing you’ll notice about the body is its thin frame. The car seats up to four passengers comfortably, without much room for anything else. There’s plenty of space to stretch your legs, but not a lot of trunk space for bags and accessories. The dashboard appears to be missing as well. A closer look reveals that the display pops up digitally on the windshield. In augmented reality format, drivers have the option to interact with the vehicle while on the road. With clear encasing all around the vehicle, individuals have full visibility of their surroundings.

Overall, the Toyota FCV Plus is very impressive and could pave the way for other modern car designs. Now all the company has to do is bring it to life.