Most VR headsets are made for gaming. But MovieMask has been designed for folks who want to watch blockbusters on the go. It’s basically a wearable movie theater, complete with big screen. 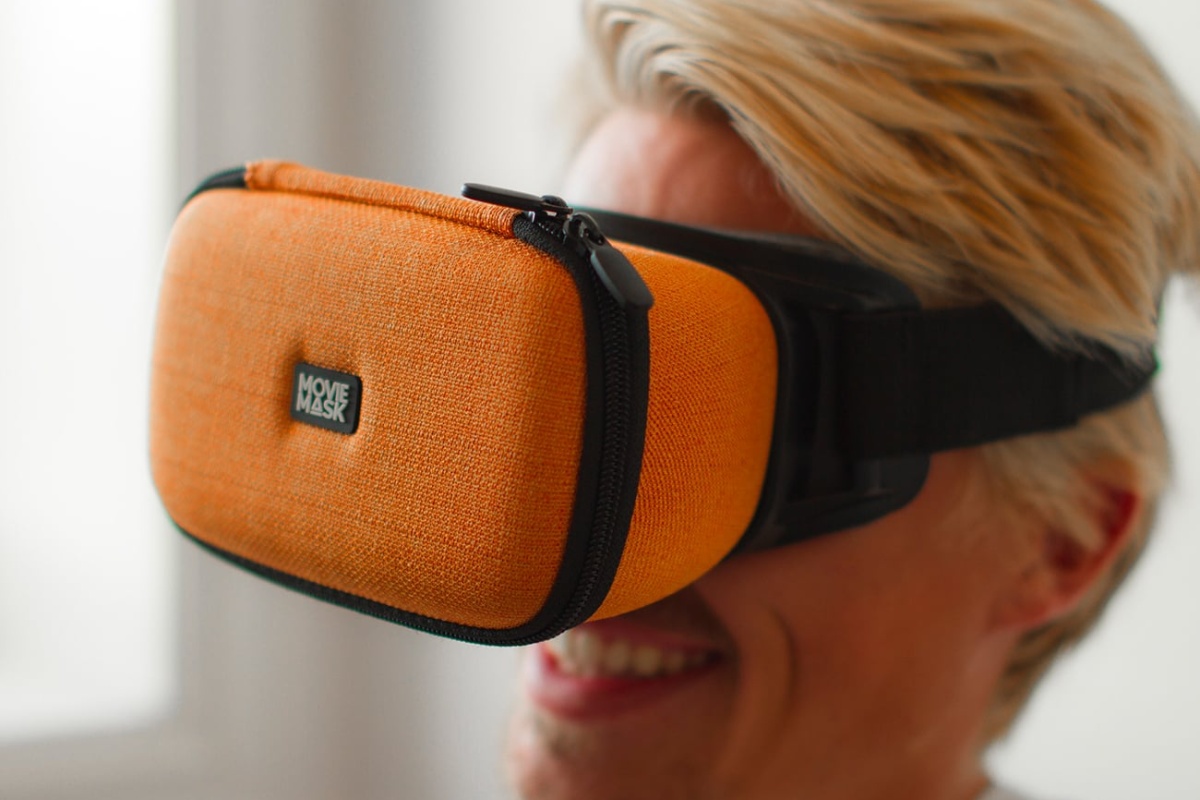 Many movie lovers argue that the best place to enjoy the show is in a theater. Such venues possess the latest audio-visual technology, after all. But the theater experience isn’t perfect. Tickets can be expensive, and you might find yourself sitting behind a giant with an insistent cough.

MovieMask is a new headset that lets you enjoy the big-screen viewing experience at home. Unlike VR headsets, this wearable movie theater provides an unobstructed view of the action. As a result, you can view movies at four times the definition offered by many gaming headsets.

What is a wearable movie theater?

Virtual reality is an attempt to replicate the real world in digital form. One of the biggest technical challenges in this task is the mimicry of depth. In order to provide a 3D view of digital landscapes, most VR headsets send a slightly different picture to each eye. 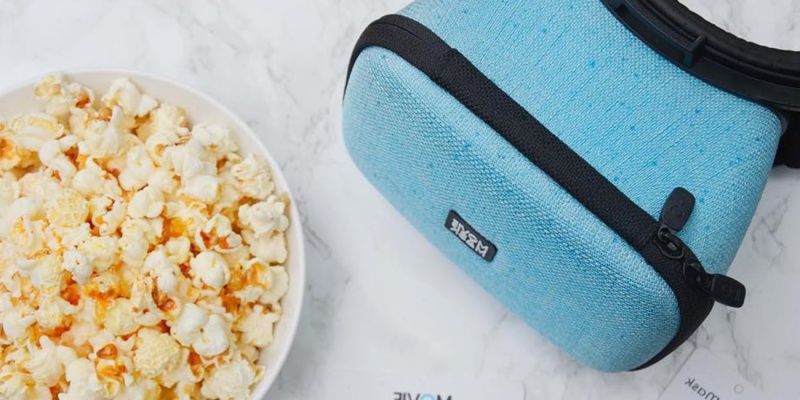 The problem with this system is that you’re losing viewing space — particularly if you’re using a smartphone-powered headset. Instead of utilizing the whole display, you’re only seeing two windows. As a result, the resolution drops alarmingly. 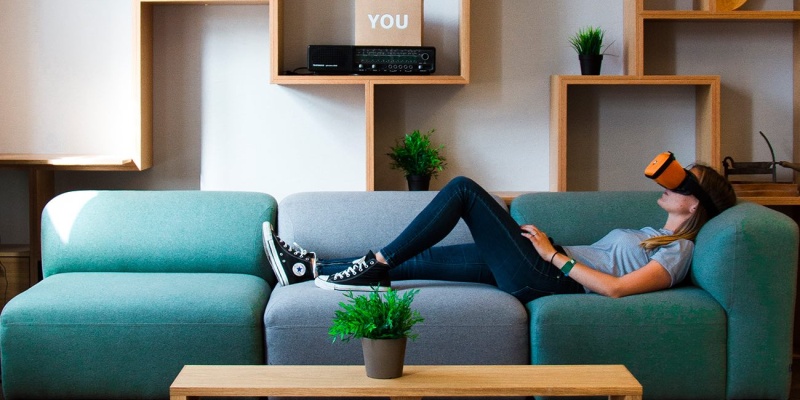 Bring the blockbusters home with MovieMask

Because MovieMask isn’t trying to mimic the real world, there is no need to separate your eyes. Consequently, the view inside this headset is unobstructed. Furthermore, you benefit from every single pixel your smartphone has to offer. This headset effectively turns your iPhone into your own personal IMAX screen. 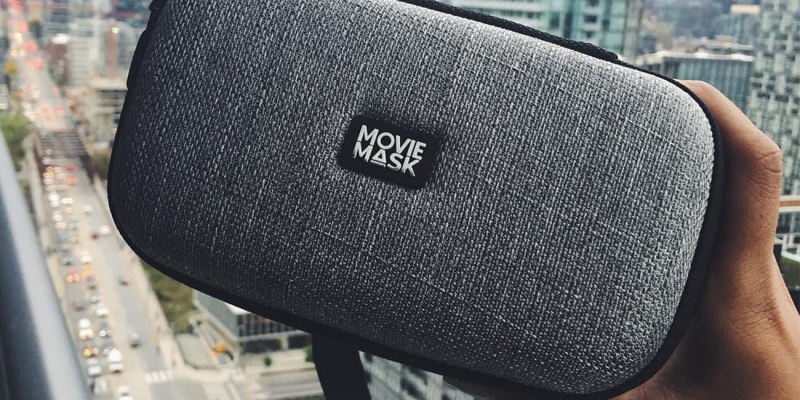 MovieMask is portable and affordable

To get started, you simply slip your device into the secure pocket at the front of MovieMask. Any content that goes full-screen is on the menu, and any OS will do. YouTube, Netflix, HBO, Twitch — the choice is yours.

Just because MovieMask does away with individual eyepieces doesn’t mean you get inferior optics. 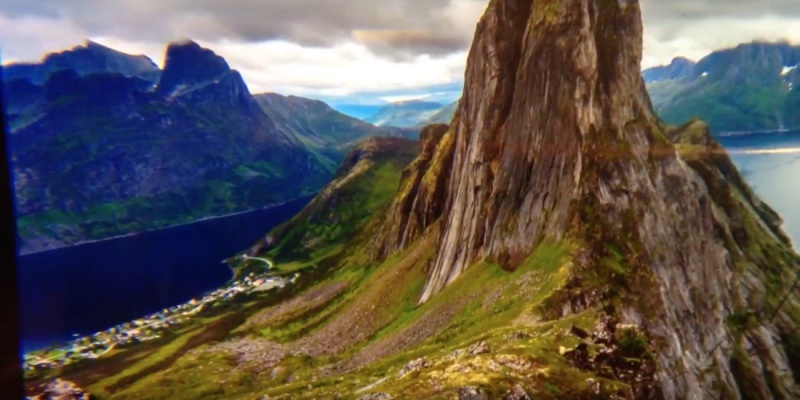 The big-screen experience, courtesy of MovieMask

In fact, this headset utilizes a patented single-lens system that keeps the whole display in focus. Around the viewing window, ergonomic padding provides a comfortable frame. In addition, you can adjust the viewing distance and even keep your glasses on while using MovieMask.

“For the movie lovers out there, you’re going to be best pals with the design winning and super comfortable MovieMask Premium.”

“If you’re interested in supporting a small start-up that believes it has created a great product for all the movie-lovers out there, we hope you will consider getting your own portable cinema.” — MovieMask on IndieGoGo 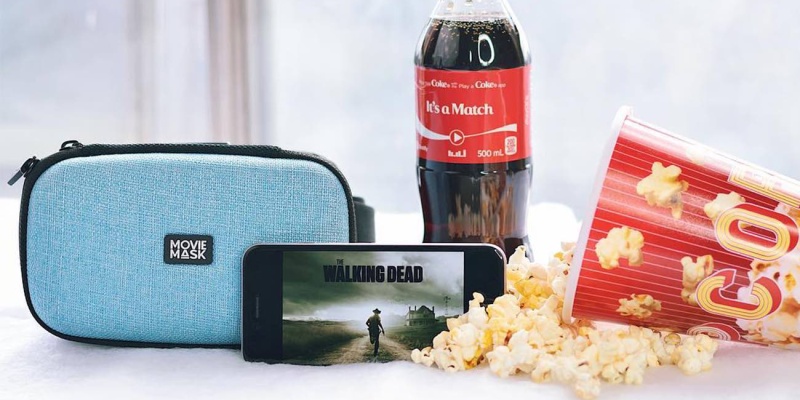 Go to the movies with MovieMask

Even if you have a huge TV at home, MovieMask lets you enjoy the same experience anywhere. It also makes a great headset for drone piloting.

The only real issue with MovieMask is sound. Wireless earbuds will work fine, but other options may be a little cumbersome.