By Hacking the Grid, the SunPort Extracts Solar Power from Any Wall Socket 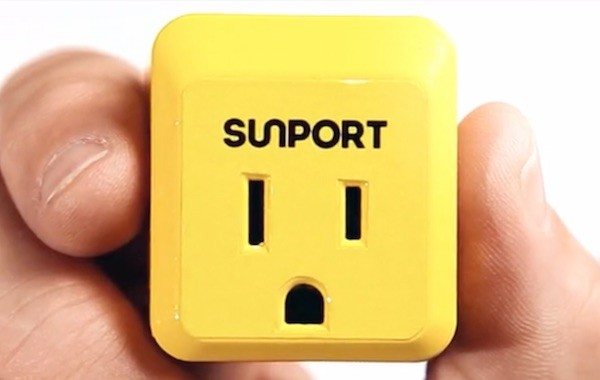 One consequence of increasing connectivity is the extraordinary amount of power it consumes. This wouldn’t necessarily be a problem if the energy were generated cleanly. In most of the world, however, it is not. In the United States, 87% of all electricity is derived from non-renewable fuels, such as coal, oil, nuclear, and natural gas. While some homeowners have taken matters into their own hands by installing solar panels, the up-front cost is prohibitive for many. A new adaptor on Kickstarter, named the SunPort, is designed to make green power available to all.

The electricity flowing around the grid comes from numerous sources. There is no way of selectively choosing where your power comes from. But for large companies with green intentions, the U.S. Environmental Protection Agency (EPA) offers “solar credits” — quantifiable amounts of sun-derived power that can be purchased. The system allows firms to support green energy without having to go offline and build their own solar farms. 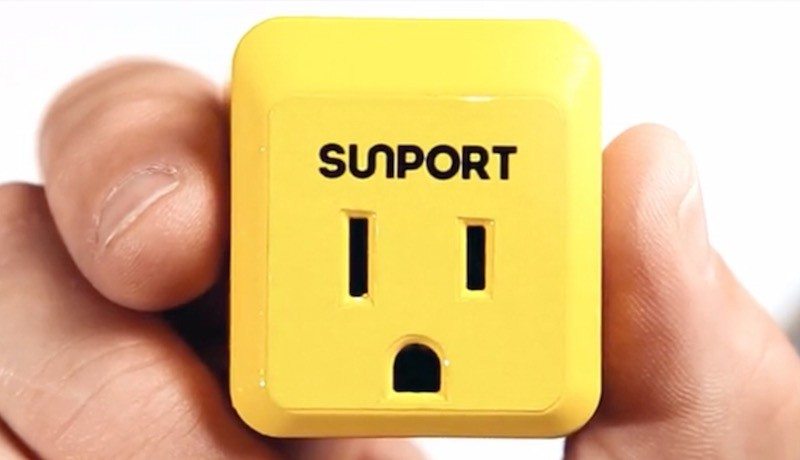 Bizarrely, this scheme is not usually available to individual households, an oversight which the SunPort is designed to rectify. The small, boldly colored adaptor fits between any plug and wall socket. As power is drawn, the SunPort communicates with your phone via low energy Bluetooth. With the accompanying app installed, you can purchase SunJoules, which are micro-credits designed to represent individual use. The app also allows you to track how much of the energy you have used has been “upgraded” to SunJoules, along with the impact your choice of source is having.

The SunPort adaptor costs a mere $49, and it comes with a year of unlimited solar credits. The generosity of this deal is partly to do with data — the SunPort team wants to understand how users consume power before setting a price on the credits. It is envisioned, however, that it would cost around $1-$2 to power a laptop for a whole month. 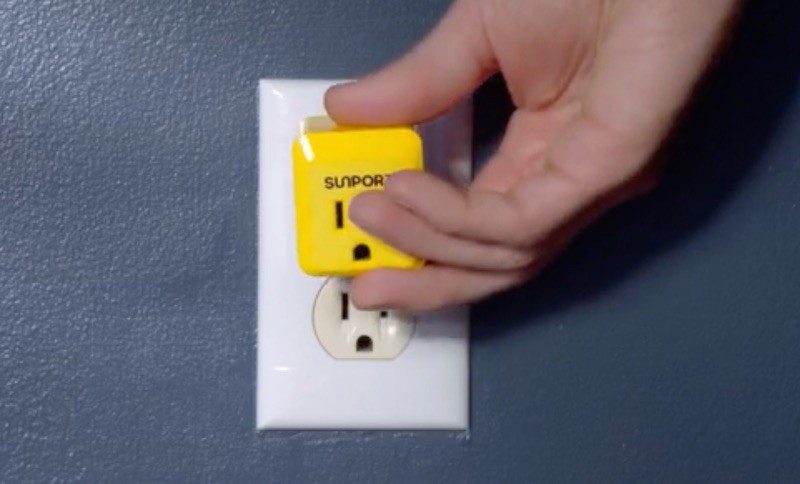 At the time of writing, the project has some way to go before reaching its $75,000 fundraising goal, but pre-orders are going well. Assuming the target is hit, backers can expect to receive their SunPorts by next March.