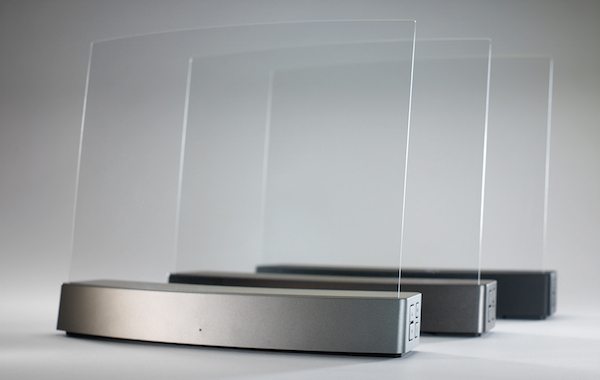 We often think of speakers as square or rectangular pieces of visual hardware that put out great sound but usually contribute to the cluttering of a room. A new speaker, however, which recently surfaced at retail aims to change that by providing a nearly invisible wireless listening experience. Known as Clio, it is pricing for around $349 from Boston-based ClearView Audio.

The Clio, in a nutshell, makes use of a super thin, clear acrylic glass transducer that is slightly curved to send sound waves in multiple directions around a room. This transducer rests in a simple base design that allows the whole package to be placed almost anywhere, putting it almost out of sight and essentially creating a listening environment that leaves listeners guessing where the speaker is placed. 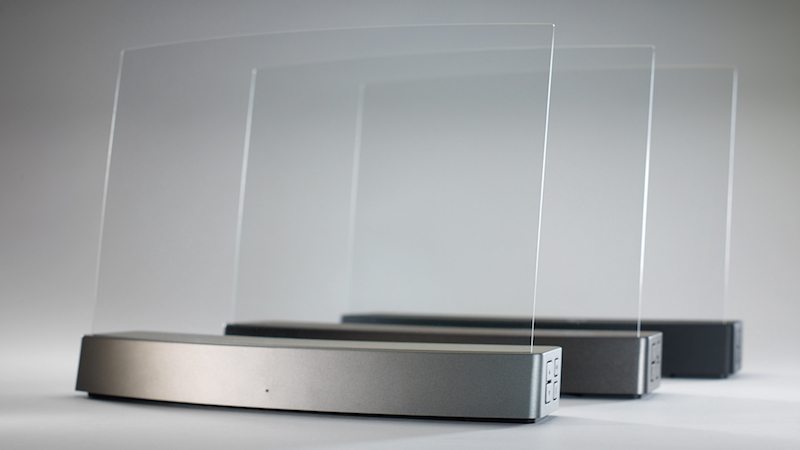 ClearView describes the magic behind the Clio as something called Edge Motion technology. In this offering, instead of acting like a traditional cone speaker to nudge sound along from behind, special actuators influence the sides of the clear transducer to produce motion generating sound across the entire audio range.

The 2.1 speaker equivalent system, in order to keep cable clutter to a minimum, supports streaming wireless Bluetooth audio from mobile smartphones, tablets and other devices that are paired with it. The Clio also supports non-wireless sound through a 3.5 mm audio input jack. A tri-color LED status indicator lets you know pairing status. 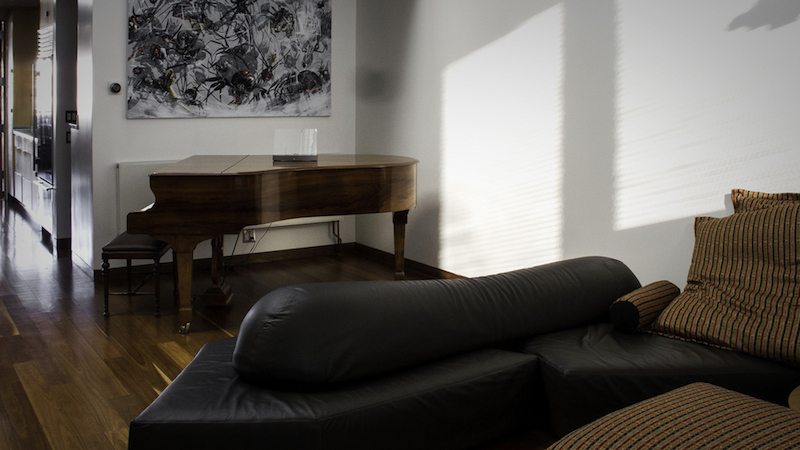 The Clio is available in one of three finishes to better fit into the design scheme of a room, including silver, dark bronze and charcoal. The product also needs to be plugged into a wall outlet to be operated, which is something to keep in mind as you go about placing it in an out of the way location.

Those behind this product noted it has already been well received by the media, winning several awards when it debuted at the Consumer Electronics Show earlier this year. It also picked up at that event a top honor from the consumer electronics industry.