Master the Excellence of Flying Quadcopters With NANO DRONE for Beginners 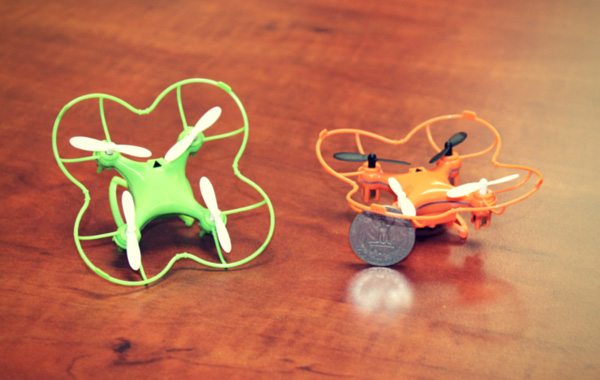 If you’re a drone fanatic like me, you must have already seen the fascinating trailer of the upcoming drone circus at Amsterdam. It does look like a scene straight out of Final Fantasy but given the rate at which drones are being upgraded, I don’t think it’ll be long before all that sci-fi drama turns into reality. In fact, we’ve already seen drones that have merged a 21st Century motorbike and helicopter or others which can fly from your wrists, thus making wearable technology combine with the world of quadcopters that way. This entire technological scenario constitutes a new world of robotics which is so fun and interesting that we all want to master the art of flying them sometime in our lives.

I mean how cool will that be like when your kids have a fresh “Real-World” gaming concept that will bring a similar kind of thrill like XBOX games. But as we all know “Rome was not built in a day”. To master an art you need practice and dedication and in this case, a lot of money. Drones do not come cheap and you don’t want your amateur skills to smash them up with a deadly crash the very first day. So how do you learn the art then? The answer is simple – Get yourself a NANO DRONE for Beginners now! 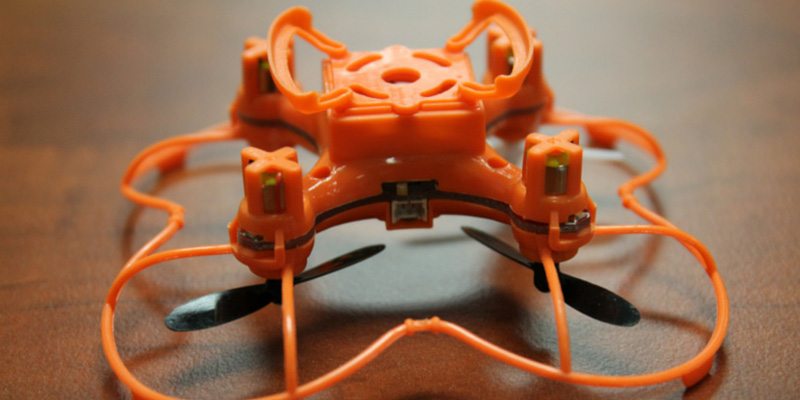 Coming from Morrison Innovations, LLC who have been producing a growing line of innovative products and services based out of Rochester, NY, the NANO DRONE for Beginners is here to save you thousands of dollars while you master the art of flying quadcopters like a pro. This is an upgraded version of the original CX-10 series quadcopters that came from the same team a while ago. The idea of launching this kind of preliminary quadcopters is to help you learn without thinking about crashing your drone and damaging it during the process. These beginner drones are fun, interesting and robust at the same time. They have been embedded with a number of fantastic features that make them sturdy enough to bear all the initial exploration damages coming from a beginner. This includes features like built-in side and top impact guards to help prevent blade damage, landing Skids that help keep the rotors off the ground and carpet, 3-Speed calibration that provides smoother lift and maneuverability, improved 6-Axis Stabilization for better hovering capability, hard sided packaging that doubles as a protective storage and travel case and finally with an easy-to-use and comprehensible instruction manual. 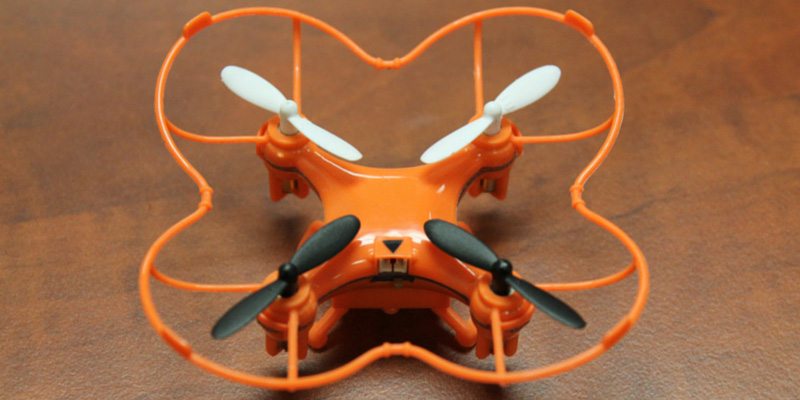 Comes At a Reasonable Price

The software used for the NANO DRONE is designed to function like the costly machines but at a more reasonable price. In fact, with the help of the 6-axis stabilization, you’ll actually be able to get rid of pogo-sticking your drones forever. Using the efficiency of calibration, you can set up your learning phase depending on your proficiency. The built-in flight protection is another important feature which can be considered as one of the major reasons why this drone is beginner-friendly. You’ll also find the patent pending blade guard design unique and much more compatible with those mistakes in flight you make against the ceiling or walls. I also liked the special landing skids design which can prevent your drone from getting entangled with the carpet or any other debris on the floor. That way, the blades and the motor stay safe from unwanted mess and so do you! 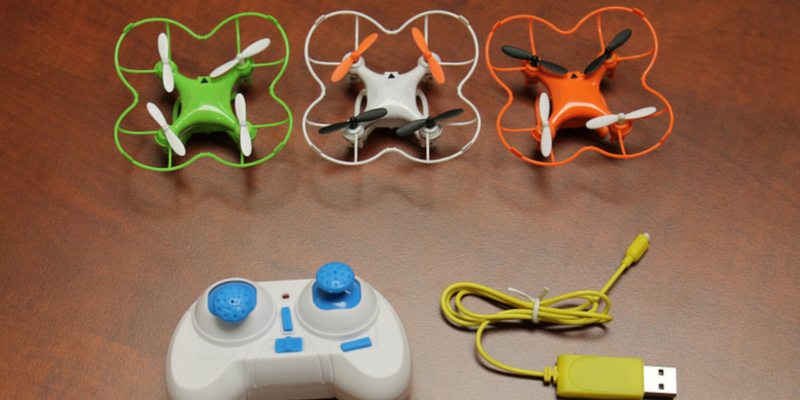 A short 15-20 minutes USB charge will be enough for your little drone to take off and make you explore your quadcopter flying skills anytime and practically anywhere. So be it hovering over your neighbors garden or doing 360-degree flips in the air, your NANO DRONE will keep you entertained no matter where you go. The packaging is also super smart which can turn up as a handy storage box for your drone and its accessories. Currently crowdfunding on Indiegogo with their initial fund goal already raised, you’ll get your NANO DRONE for a price of $40 only. That too, in three bright colors of green, orange and white. Ready to take off your quadcopter flying skills? Share your experience with us in the comments below. Happy Gadgeting!