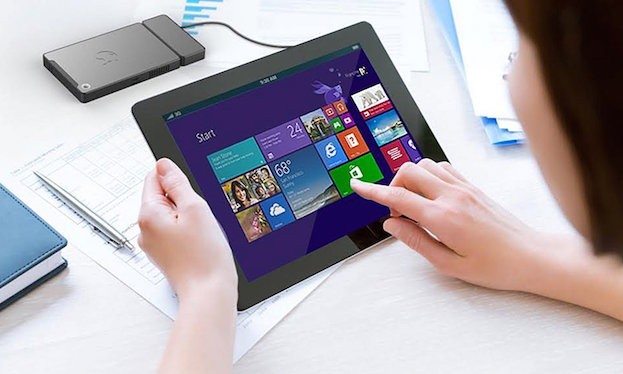 With the introduction of Windows 10, Microsoft is attempting to break down the boundaries between devices. The new operating system is able to adapt to any screen size, and run apps to suit the hardware it is installed on. That said, it is doubtful that Microsoft envisioned Windows running on an iPad any time soon. But a new pocket PC named Kangaroo is designed to work with virtually any display, including Apple’s tablet.

The idea behind the Kangaroo is to allow owners to take their data wherever they go; it is hotdesking in the truest sense. This aluminum-clad pocket desktop runs Windows 10 on a 1.44 GHz Atom processor, with 2GB of RAM. Internal storage amounts to a 32GB hard drive, although there is an SD card slot for expansion. You can squeeze four hours of “casual use” out of the internal battery, while wireless connectivity is provided in the form of 802.11ac WiFi and Bluetooth 4.0. It also has an in-built fingerprint scanner for tighter security. The whole thing weighs 470g (1.04lbs), and is only 12.9mm (0.5”) thick. 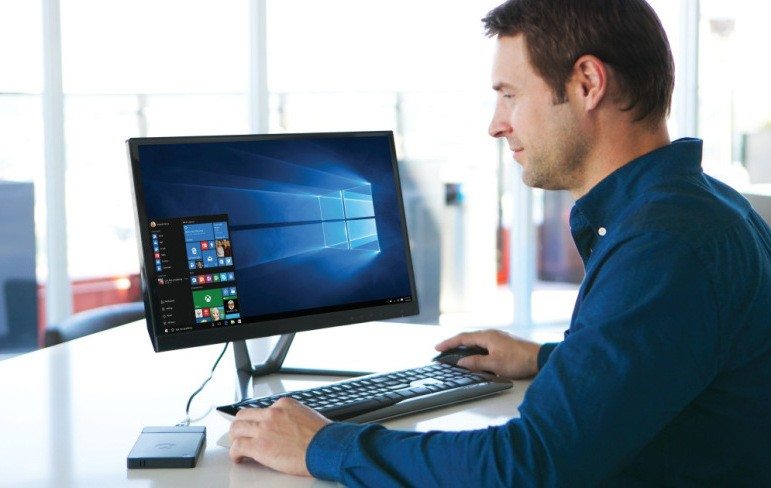 The device comes with a plug-in adapter, which offers one USB 2.0 port, one USB 3.0 port, and an HDMI output. The last of these enables you to use the PC wherever you find a screen, putting the Kangaroo in the same bracket as other recently released pocket PCs, such as the Asus Chromebit.

Another accessory sets the Kangaroo apart, however — InFocus, maker of the Kangaroo, has produced an iPad dock. This essentially replaces the HDMI output, and after installing the accompanying iOS app, you can use Windows 10 on the tablet. InFocus has plans to offer adapters for other portable devices, too. 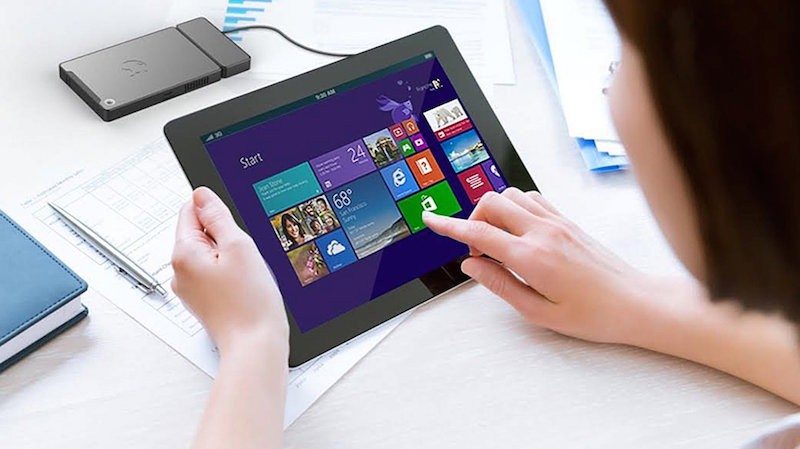 While not being as compact as some of the well-equipped competition, the $99 device has sold out at the time of writing. Given that the Kangaroo is already catching the eye of consumers, it looks like it has a bright future ahead.