You might not think of the humble power strip as being ripe for innovation. But as we welcome ever more power-hungry devices into our lives, spare sockets are becoming scarce. As a result, most of us now rely on extension leads of one form or another. It would be strange if these power carriers were not made as clever as the smart devices they serve. YOUMO is the first step — a modular system that lets you choose the number and type of sockets you need, and add clever accessories.

The foundation of the YOUMO platform is the Base cord. You can think of it as a dock, with one end plugging into a wall socket, and the other offering a special port into which you can plug a range of modules. These include standard strips, USB hubs, and a wireless charging pad. Impressively, they can be stacked to form your own custom power hub.

To get the best out of YOUMO, it is advisable to plug in the Smart module. This gives the system IoT capabilities — in other words, you can control the power strip from your phone. The free app for iOS and Android will even provide intelligent alerts, such as asking whether you would like to turn off appliances after you go out.

This is all the work of a three-man design team from Germany — Tobias Förtsch, Carsten Fichtel and Cornelius Schneider. Collectively, they have managed to engineer a product that is both useful and stylish. Production costs are currently being raised via Kickstarter, and with a successful campaign, the trio aim to bring more modules to market: a wireless speaker, a powerline port, two smart home sensors, a Wi-Fi repeater, and a surge protector. Eventually, the Base cord will be given a universal travel plug. 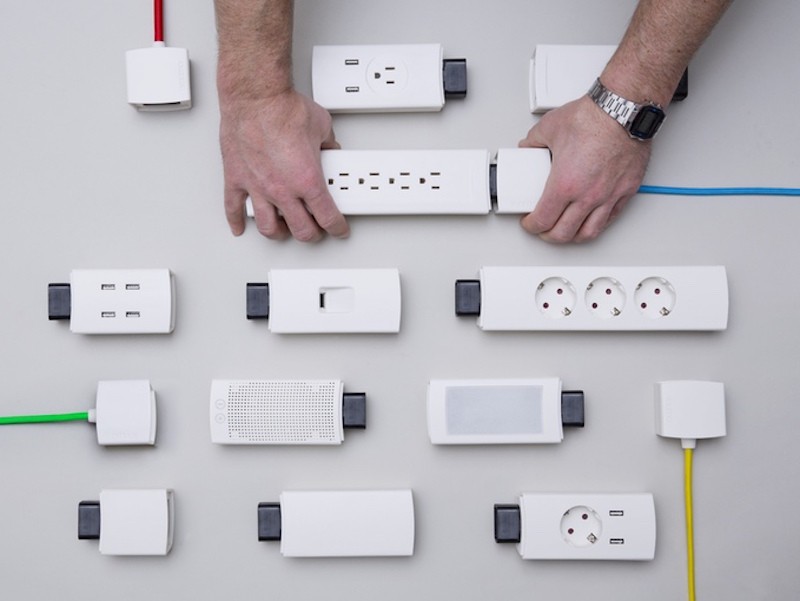 For the time being, early-bird backers can pre-order a US or EU version of the Base cord with two modules for €30 (approx. $33). Shipping is scheduled for February 2017, with further modules being released for sale online at a later date.