Is the new dual-screen technology still happening in 2020?

We’ve been excited about the prospect of dual-screen laptops and more foldables ever since CES 2020. Dual screen technology was an important trend at the show this year, but with Microsoft postponing the release of its Surface Neo, you’ve got to wonder, what’s going on with the technology now? Are we still getting dual-screen laptops? And, if so, when? 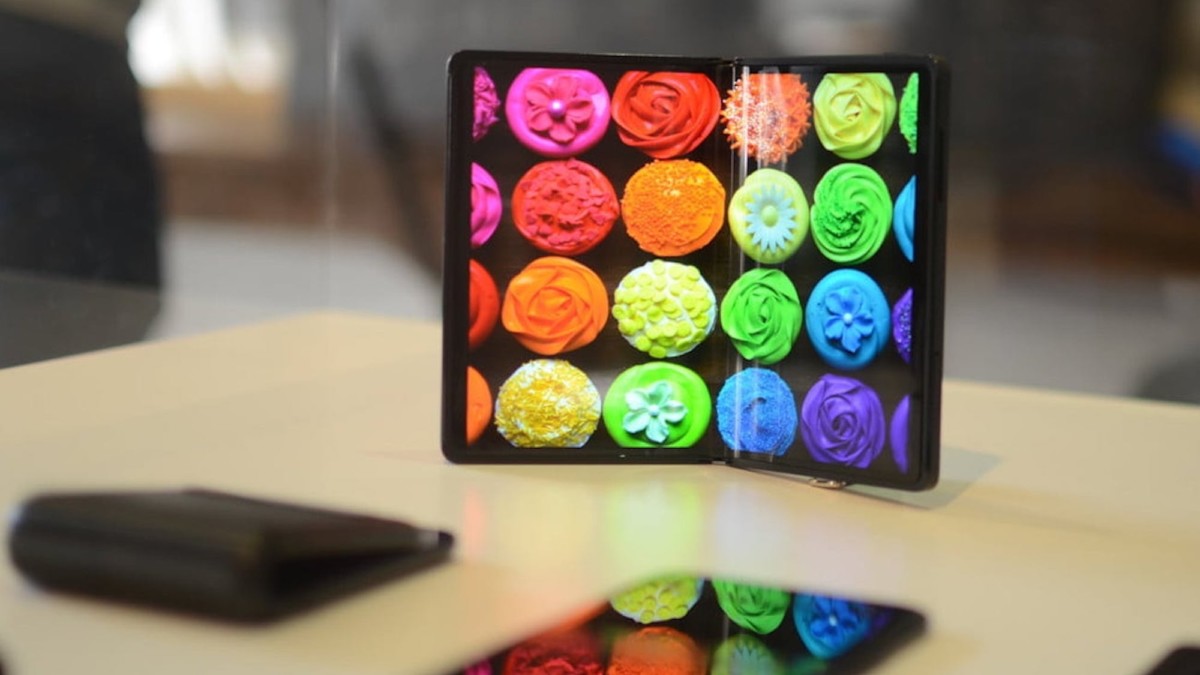 The basic, clamshell design of laptops has barely changed since their invention in the 1980s. Microsoft wanted to change that by experimenting with the form. “Does a laptop really need a keyboard?” they asked. And can a highly portable, double display provide users with greater flexibility than its single-screen counterpart? Unfortunately, with Microsoft’s postponement of its first dual-screen laptop, the Surface Neo, we won’t be able to answer these questions for a while. But perhaps the story doesn’t end there. Rumors have been circulating about a dual-screen Mac and a new foldable Samsung. Maybe dual-screen technology in 2020 still has some surprises for us.

Microsoft postpones its launch of the Surface Neo

The Microsoft Surface Neo was supposed to be a dual-screen laptop with two 9-inch screens, a 360° hinge, a keyboard, and a touch pen. It was supposed to let you do more, wherever you were. However, last week Mary Jo Foley reported on the changes to ZDNet:

“My contacts say that Chief Product Officer Panos Panay informed some of his team internally today, April 8, that Microsoft wouldn’t be delivering its own Surface Neo dual-screen 10X devices this calendar year. In addition, Microsoft also won’t be enabling third-party dual-screen Windows devices to ship with 10X in calendar 2020, I hear.” 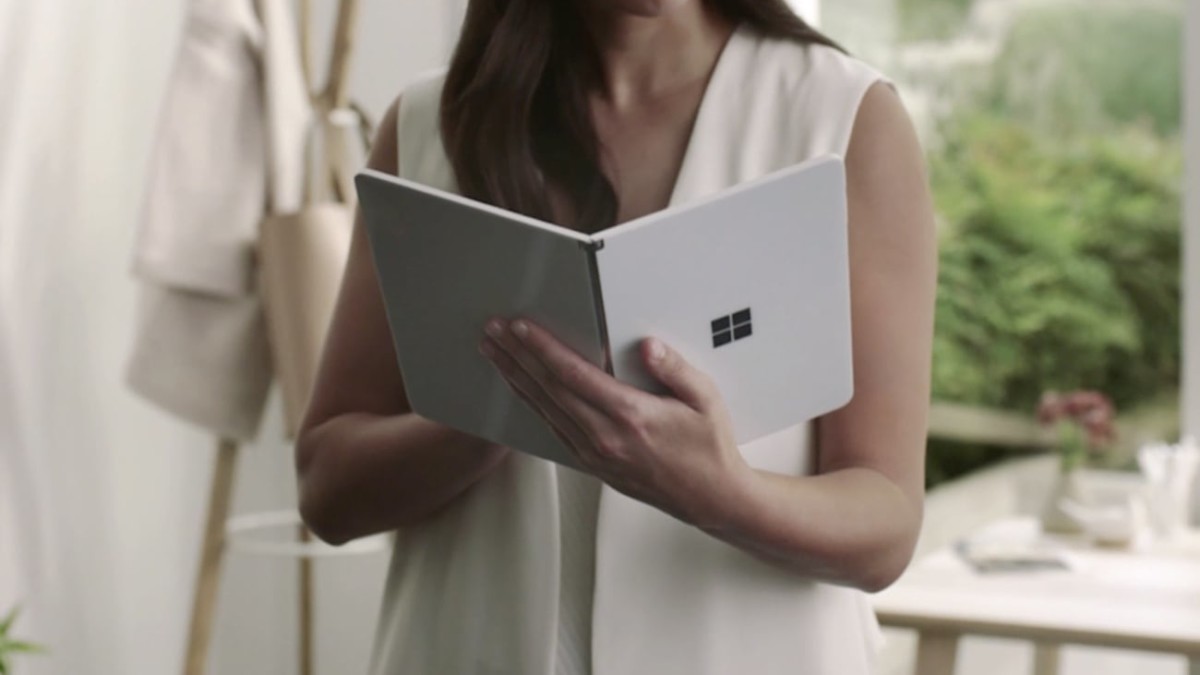 According to Forbes, it’s not completely clear why there’s a halt in the dual-screen devices. However, some speculate that the effects of the COVID-19 pandemic will have played no small part. On the other hand, production plants in China show signs of returning to normal, and other companies are going ahead with launches. Whether they can return to full capacity along with the required lead times for new hardware, however, remains to be seen.

The Surface Neo’s operating system is a new one called Windows 10X. The operating system will also miss its planned release date of holiday 2020. The Verge writes that Microsoft has said that it’s changing its focus to get Windows 10X to run well on single-screen devices.

For the moment, no reports have said that the Surface Neo delay was due to the COVID-19 pandemic. However, ZDNet notes that Microsoft’s change of plan gives evidence to, “…the new world where virtualization and single-screen devices are more of a priority than brand-new form factors.” 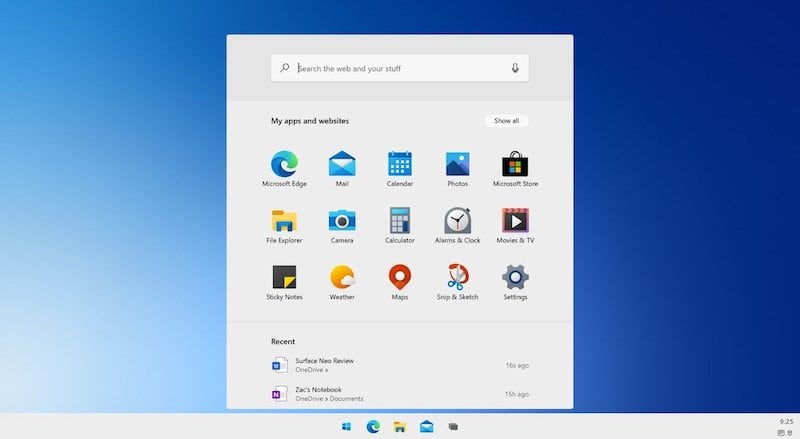 It’s natural that Microsoft might be concerned about the state of the world economy once the pandemic loosens its grip. It’s hard to push a new technology when the price tag is out of reach for most consumers. The Surface Neo was projected to cost $2,500.

So, as far as a new dual-screen PC from Microsoft goes, production is on hold. We’ll have to wait to see when, or if, the company will set a new date to launch it.

Rumors circulate about the MacBook

With Microsoft’s cancellation of the Surface Neo, will we have any dual-screen laptops to look forward to in 2020? The short answer is that, for now, Microsoft won’t play a role in developing the new technology for consumers. However, rumors have been circulating for a while that Apple could be working on MacBook with two displays.

In 2018, there was gossip that Apple’s next MacBook could have two displays, replacing the notebook base with a second OLED screen that could turn into a keyboard. It all started when Patently Apple spotted a patent for a “Static Pattern Electrostatic Haptic Electrodes,” a technology that should make virtual keyboards more realistic to touch. 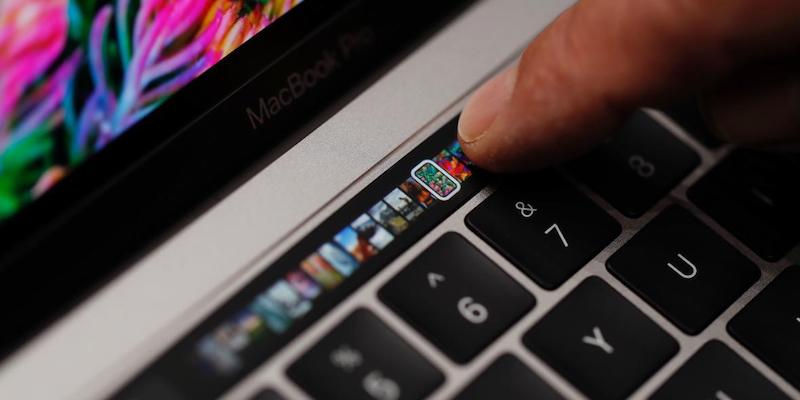 At the time, TechRadar speculated that such an invention would give users more flexibility. Such a keyboard could, of course, act as a traditional keyboard. But it could also display full custom controls for games or become a large sketch pad. There was also a mention of “polarizer layers,” which would help reduce light reflecting from one screen to another. This could help consumers get more use out of their computers outside while wearing sunglasses.

Will we ever see Apple’s haptic keyboard?

Digital Trends says that while the patent illustrations revealed on Patently Apple show an iPad with the keyboard, the patent outlines that such a keyboard could also appear on other devices. The website also speculates that Apple would probably introduce the technology on Apple’s tablets first since iPad users are used to typing on glass. If the design proves successful, it could show up on MacBooks.

Digital Trends also speculates that a keyboard-less Mac might not be a great idea for several reasons. Not the least of which will be the difficulty of convincing MacBook users to type on a screen. Microsoft, for its part, had thought to ease this problem by providing users with a detachable keyboard. However, Digital Trends notes that Apple has always made a great effort to convince PC users to switch to Macs. In this case, PC users looking to get a Mac would only be able to buy one with an all-glass touchscreen keyboard, something entirely different for their workflow. This could be a change they may not have the wherewithal to make.

Will there be a Galaxy Fold 2?

It seems there’s a thirst for dual-screen technology all-around. Rumors are also circulating about a possible Galaxy Fold 2. The Verge says the successor to the problematic Galaxy Fold could be cheaper and come with less storage. The newer model could have 256GB of internal storage along with a 512GB option. The first Fold only had 512GB of storage and cost a staggering $1,980.

According to The Verge, “Rumors about the new foldable surfaced back in March 2019 when Bloomberg reported that Samsung was working on a pair of successors to its original Galaxy Fold. One of these was eventually released as the Galaxy Z Flip, but the second—a device with a screen that folds around its outside like the Huawei Mate X—has yet to be officially announced.” 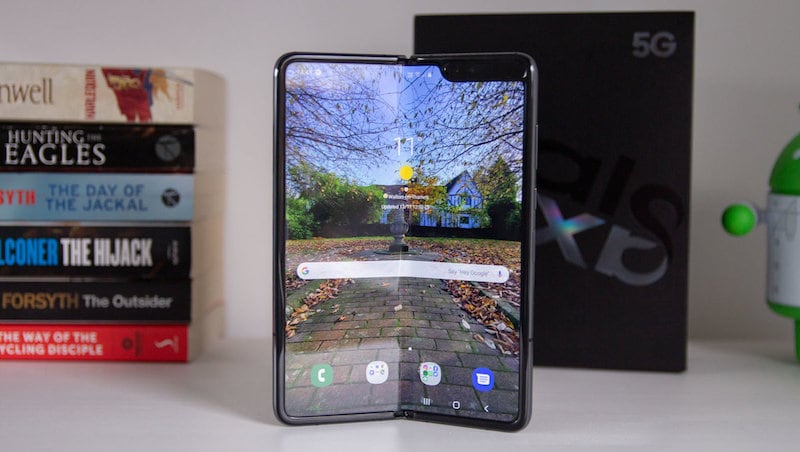 The Verge mentions leaks that a Galaxy Fold 2 could have a “front cover” display with a V-shaped notch. So like the original Fold, its main display could fold inward. This display could be up to 8 inches in size compared to the original Fold’s 7.3-inch screen. The new Fold could also support Samsung’s S Pen Stylus.

Also, a Fold successor could have a smaller hole-punch notch than the original. Or, it could do away with it entirely in favor of an under-display camera. The Verge says that Xiaomi and Oppo have debuted under-display camera prototypes, but the technology hasn’t made it to a well-known consumer device yet. A new Fold could also have the same camera setup as the S20 Plus.

The issues with the first Galaxy Fold

However, durability will be a Galaxy Fold 2’s most important feature, an area where the original Fold had a rough start.  The screens were fragile, and review devices even broke. After the company made improvements, they remained problematic. The Z Flip tried to rectify the problem, but it still scratched easily in real-world tests. This means that a lot is riding on a new version of the Galaxy Fold if it ever comes to fruition.

For now, it’s not sure when Samsung will unveil its next foldable phone. The world situation under the current pandemic has, according to The Verge, “…thrown the world’s manufacturing and supply chains into disarray.” However, The Verge says that Samsung might announce the new device somewhere between Q2 and Q3 this year.

So, where are we with dual-screen and foldable technology in 2020?

With Microsoft leaving the dual-screen laptop stage, it seems the company won’t take the lead with further development of the technology, at least for the moment. This gives Apple an opportunity. However, the rumors about a dual-screen MacBook or MacBook Pro are just that. Rumors. For now, it’s not sure if the company will go ahead with the haptic keyboard. Though a haptic keyboard with a quality typing experience would be something to experience.

Likewise, if the gossip is correct and there is a Samsung Galaxy Fold 2 to look forward to, it will need to be an improvement over its predecessor. With a more durable screen, it could be a pretty cool phone. And let’s not forget about the success of the Galaxy Z Flip. It’s a Samsung flip phone that’s gotten good reviews for its cameras, design, and excellent specs. However, it, too, had durability issues. So Samsung has potential when it comes to foldable smartphones. If the Galaxy Fold 2 can remedy the problems displayed by its predecessors, we might be well on our way to seeing better and more mainstream foldable phones.

An opportunity for improvement

In any case, due to the COVID-19 pandemic, it’s clear that tech companies’ supply chains will be chaotic for some time. Also, there have been job losses, and the world economy has shrunk. It may be that companies will wait to introduce their most cutting-edge products until the world gets back on its feet. It’s disappointing news and a complete turnaround from what we saw at CES 2020. However, this might allow companies to spend more time developing and ensuring the quality of dual-screen technology before they launch it.