Stethee is a 21st Century Stethoscope for Self-Diagnosis 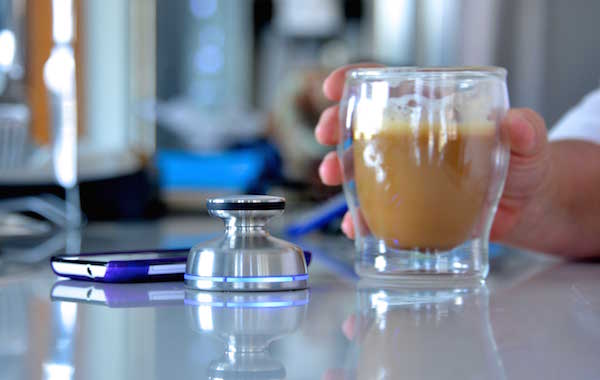 Some things need no improvement. At least, they haven’t for a very, very long time. Such items are usually so simple, that any change would only worsen them through complication. The vacuum flask. The Swiss Army Knife. The stapler. You might say that the medical equivalent is a stethoscope — an apparatus that has been amplifying the sound of our hearts, unchanged, for over seventy years. Now, it is finally time for an upgrade. Meet the Stethee: a smart, wireless, connected stethoscope for the 21st century. 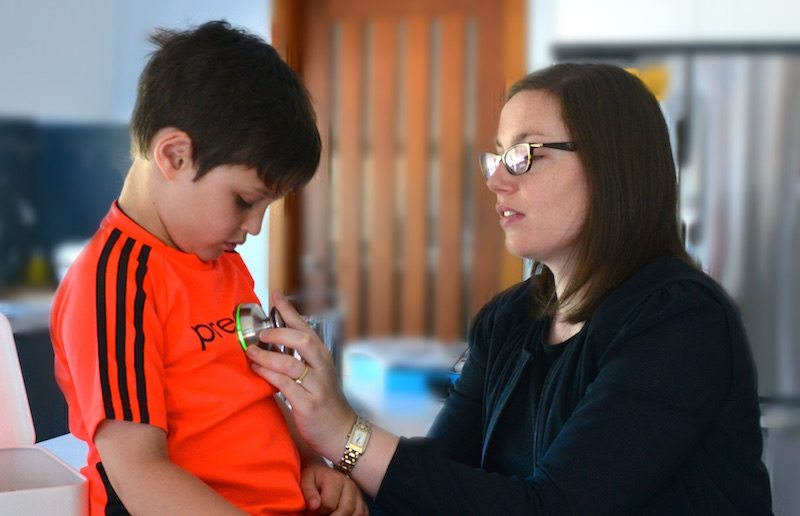 Visually, the Stethee blends in with its ancestors. It is a classical, circular shape that is easy to hold, and it sports the traditional metallic sheen. But this heart monitor has no earphones. Depressing the central part of the Stethee switches it on, at which point it electronically picks up the rhythm from your chest, and mimics it with its own haptic feedback (i.e. vibration) and ring of LED lighting. These lights also illustrate the status of the device; blue says it is ready, green means everything is okay, orange suggests there is cause for concern, and red indicates disconnection. 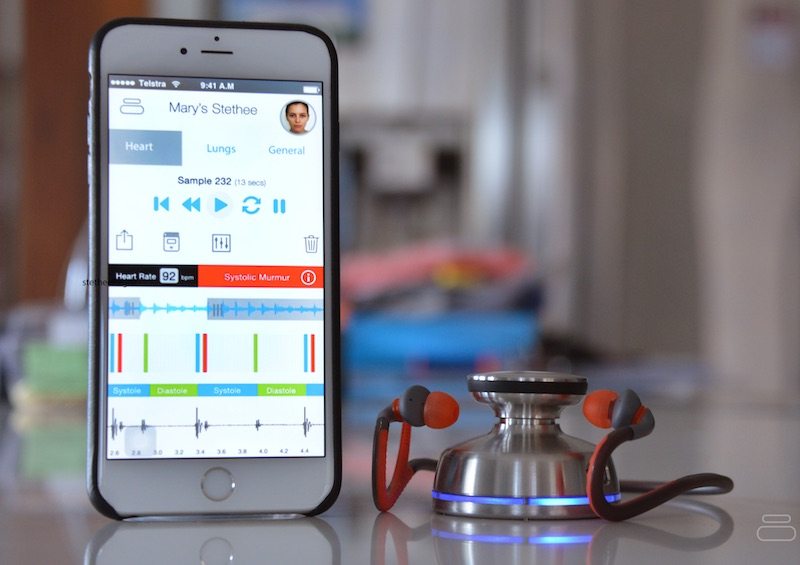 That alone would not be reason enough for interest, of course, but the Stethee has one other major feature. When combined with your smartphone and the official app, it will record the sound of your heart. This means you can look through your own data, and allow your doc to listen in on any apparent abnormalities. The system is quite capable of doing the  same for a baby in the womb, too.

Those wanting to get their hands on this health aid will have to wait until next September for the final version to be released, and cough up (excuse the pun) $249, although there is the small matter of $750,000 of funding for the project to find first. Kickstarter’s generous community is currently seeing to that, though, with around a third of the money already raised at the time of writing.

To find out more about the technology and development of the Stethee, see the Kickstarter project page.

Enjoy 2 displays at once with the iVANKY Docking Station Pro 12-in-2 Dual USB-C. This innovative docking station offers dual 4K at 60z and boasts the same power as Thunderbolt 3. Plus, with 96W of laptop charging, it quickly powers..
Popular Blog Posts