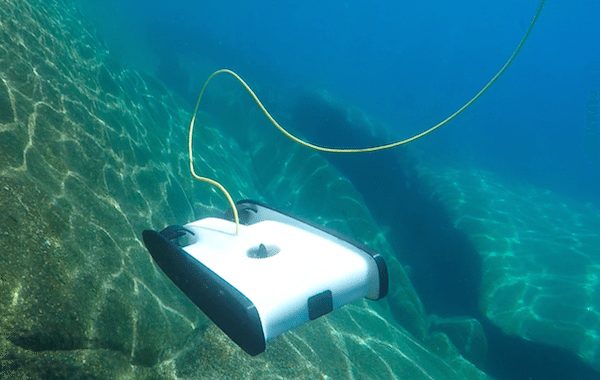 In the past few years, drones have unlocked the doors to many otherwise inaccessible places. With your hands on the controls of a quadcopter, you can experience soaring over river canyons and swooping low over lakes from the comfort of your Oculus Rift headset. But what about below the surface of the water? Most of the earth is aquatic, yet virtually no-one has the ability to explore beneath the waves. That might be about to change. The OpenROV Trident is a nimble, compact underwater vehicle that anyone can pilot.

The large ROVs which are used for seabed exploration are often very slow, weighed down with equipment, and designed for making small, precise movements. But the Trident is something quite different — much like the drones which operate above the surface, the Trident flies through the water. It is a sealed unit, with internal air tanks to maintain stability, and three propellers providing thrust. As Wi-Fi cannot penetrate water effectively, the Trident has a neutrally buoyant tether which attaches to a surface buoy. The buoy receives commands from the pilot via Wi-Fi, and relays a live stream from the ROV’s in-built HD camera. 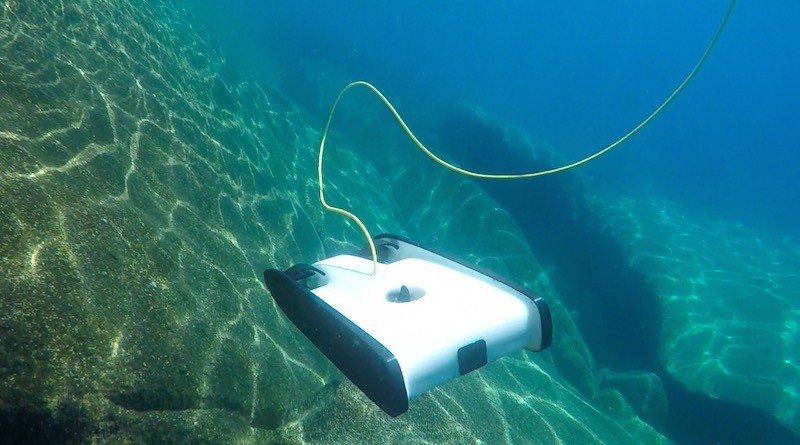 From the video above, the sheer maneuverability of the Trident is clear — it can twist and turn through underwater obstacles at speed, stop in an instant, and even leap out of the water. It is as much a leisure-craft as it is an aid for explorers. OpenROV is currently focusing more on the latter use case, but having made Trident’s software and parts open source, this small startup is clearly happy to encourage new ideas. It is a very versatile vehicle by design, too — it has a three-hour battery life, it can dive to 100m, and it is easily transported, weighing in at only 3kg. 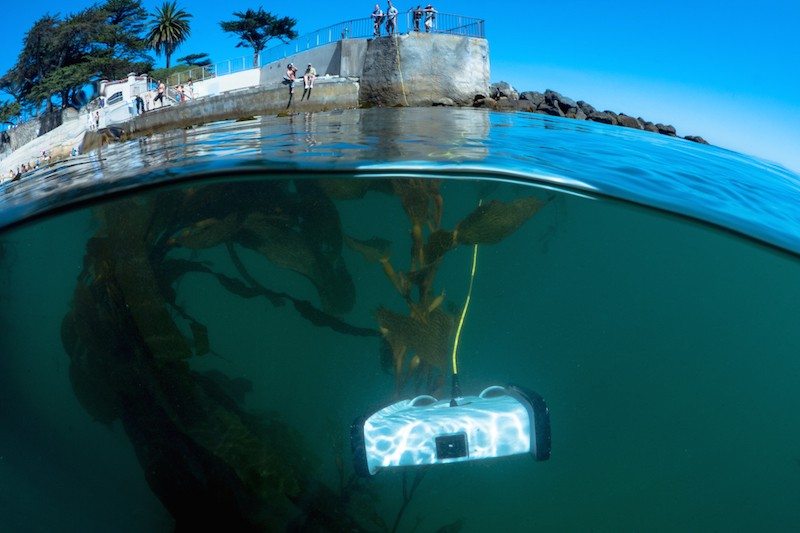 Having smashed through its Kickstarter fundraising goal, OpenROV is still offering an early-bird, pre-order price of $949 at the time of writing. The regular price will be $1,119, with the option of purchasing an Adventure Set (with hard case and 100m tether) for an extra $350. Delivery is scheduled for November 2016.