Ready to immerse yourself in faraway worlds? Or augment your reality with apps and games? Virtual reality technology has evolved a lot over the last few years to make it a viable toy for regular households. But which VR headset is best for you? 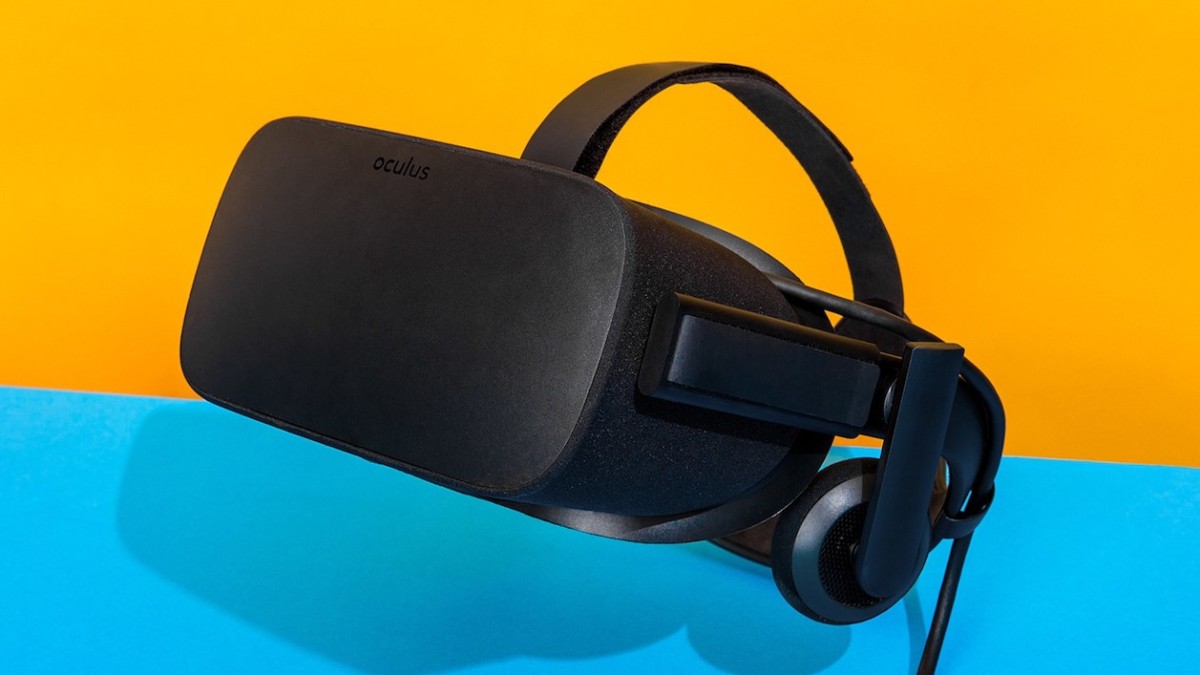 For a long time, virtual reality was a pipedream, a technology that existed but never really caught on, and any early versions of VR headsets were far from the public’s grasp. But oh how things have changed. In the last couple of years we’ve seen an explosion in household virtual reality technology, with pretty affordable VR headsets coming from companies like Microsoft, Oculus, Samsung, and many others, giving regular people a way to augment reality from their living rooms.

With the sudden influx of virtual reality headsets and systems, the market might seem chaotic to those of you interested in picking up a VR device of your own. No two VR headsets give you the same features or compatibilities. But you can effectively break VR technology down into three categories: mobile, tethered, and standalone.

Mobile VR headsets––like those offered by Google and Samsung––are the cheapest option, but you’re limited to the computing power of your phone. Tethered headsets are bigger, equipped with better technology and motion tracking, but they’re also far more expensive, making them a bit more of a luxury.

Last you have standalone VR systems, like those from Oculus, that offer a more straightforward, plug-and-play style of VR. In other words, standalone VR headsets don’t require external hardware, be it your computer or gaming console.

With all the virtual reality headsets out there, which one is right for you? Well, it’s hard to say. But if you’re set on buying a VR system, we recommend one of the headsets below.

HTC’s VR system combines six-degrees-of-freedom controllers, high-quality graphics, and an emphasis on comfort. The Vive Standalone Enterprise VR System is great for business applications (yeah, not all VR is made for gaming), including training simulations, showrooms, and remote conferences. The controllers respond to intuitive hand motions and a pressure-sensitive trigger that gives you granular control over your virtual environment. And HTC’s emphasis on ergonomics means you can wear this VR system comfortably for long periods. 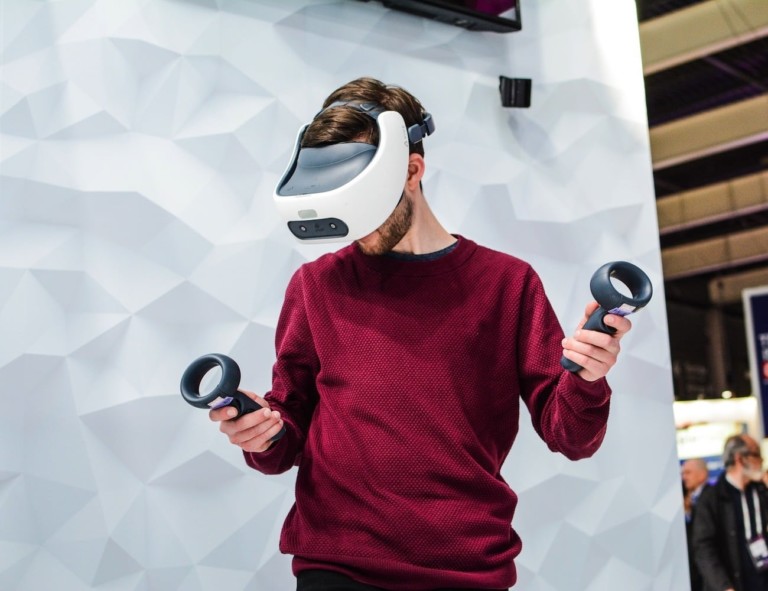 With an emphasis on ergonomics, you can wear this VR headset comfortably for long periods 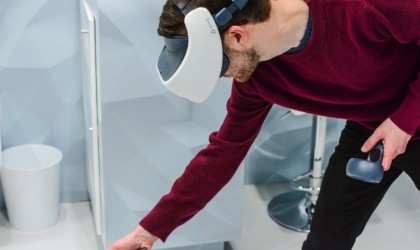 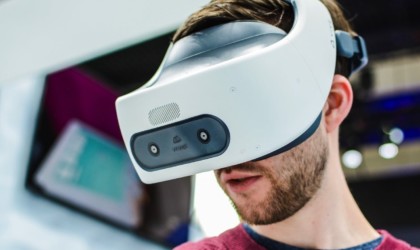 This is our favorite VR headset for compatibility. The Varjo VR 2 Pro works with most 3D software, including SteamVR, OpenVR. It also supports a large development platform. With integrated Ultraleap hand-tracking tech, you won’t have to worry about using clunky controllers that don’t track your nuanced hand movements. The VR headset is also equipped with Varjo’s 20/20 Tracker, which tracks your head movements seamlessly. It weighs just over a pound, so you might even forget it’s there. 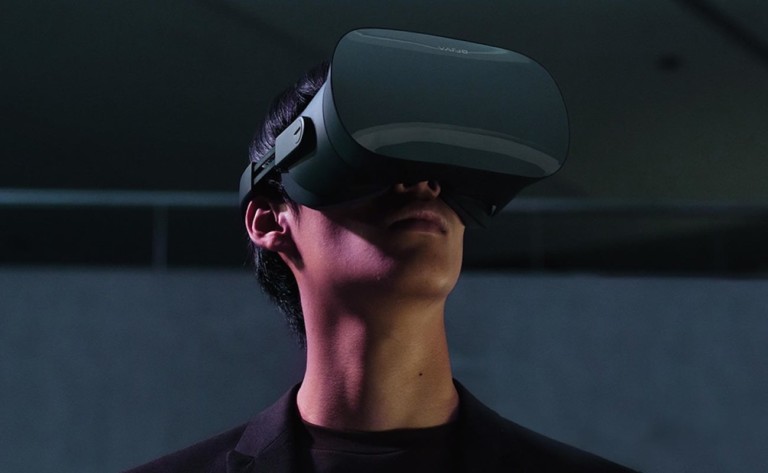 The most highly compatible VR headset for gamers and developers 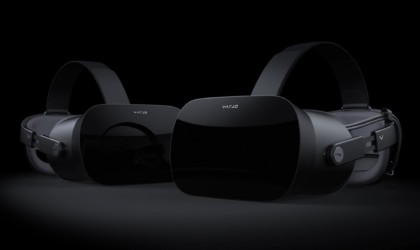 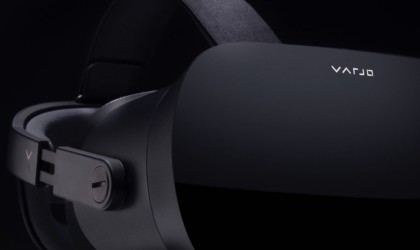 Oculus is one of the leaders in VR technology, and its Rift S High-Resolution Headset takes your gaming experience to a new level. This standalone VR system offers next-gen optics, including a sharper display and dynamic colors, reducing the screen-door effect improving your immersion in whichever virtual world you find yourself exploring. Insight tracking in your Oculus headset responds fluidly to your movements and changes in direction without the need for external sensors. And the Oculus Touch controllers are extremely accurate at tracking your hand movements. This might be the most impressive virtual reality headset on the market. 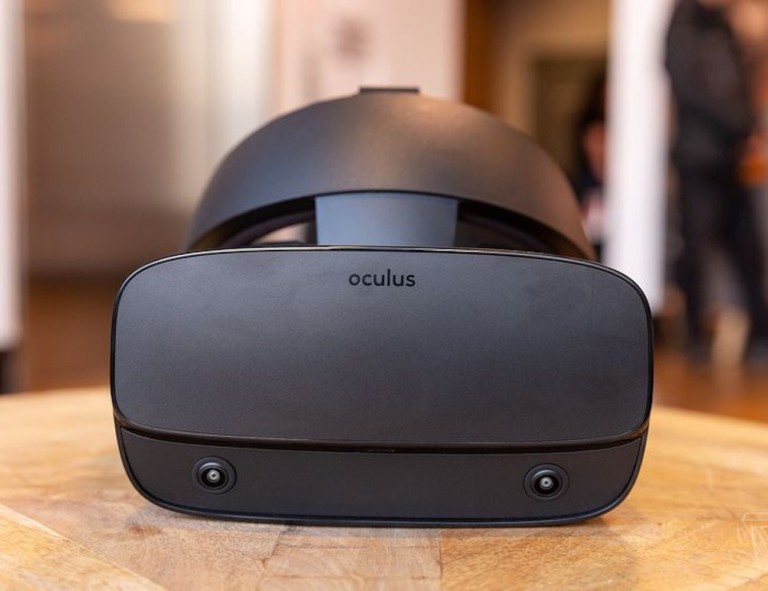 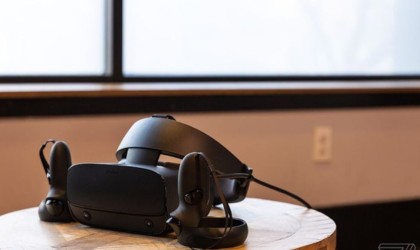 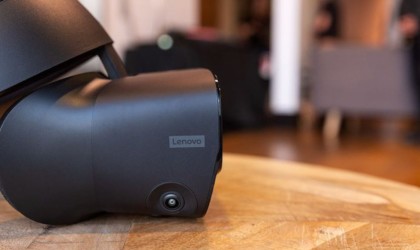 The HoloLens 2 markets itself more as a mixed reality headset than a purely virtual reality headset. In layman’s terms, the headset augments reality, adding an extra layer to the world in front of you. With the HoloLens 2, you can add games, apps, experiences, and unique overlays to the real world. The headset is improved from its predecessor in a few key ways. First, it has a wider viewing angle, up to 52º from 35º. It’s also lighter and more ergonomic, so you can wear it for longer. It uses the Azure Kinect sensor and runs on a Snapdragon 850, which combine to give you a 2k display and a 3:2 aspect ratio. That’s powerful stuff. 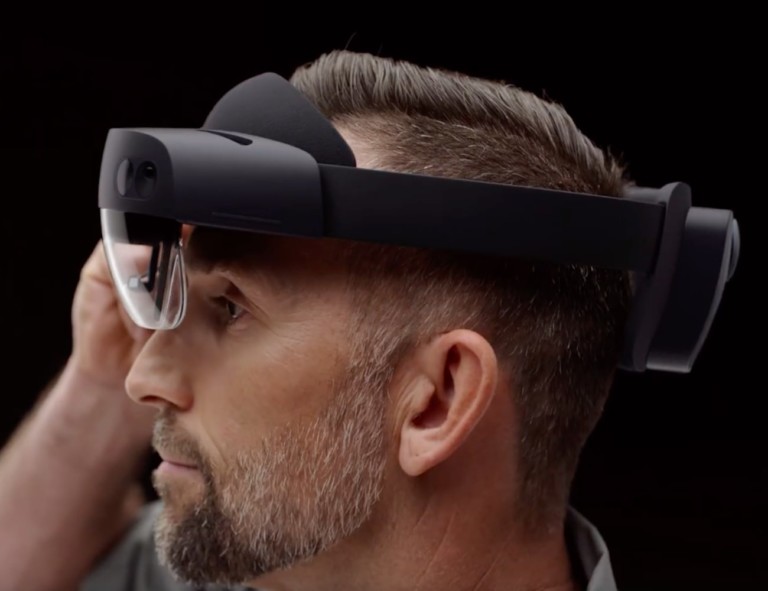 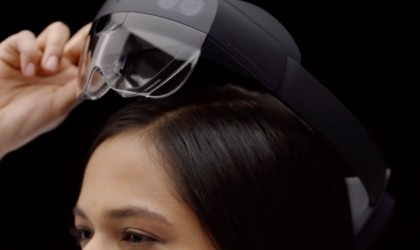 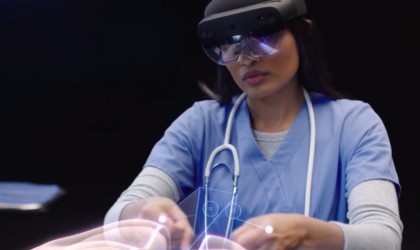 If you want to conquer Everest, play a quick round of golf, or explore the cosmos from your living room, the PlayStation VR Headset would be your best bet––especially if you already own a PS4. This VR headset offers crystal clear, high-resolution visuals that transport you from your couch to new worlds. And its built-in 3D audio enhances your immersion even further. PlayStation’s VR system uses a 5.7-inch 1080p display that processes a ridiculous 120 frames per second. And the camera tracks the headset’s LED lights to capture and convey your precise movements as you play. 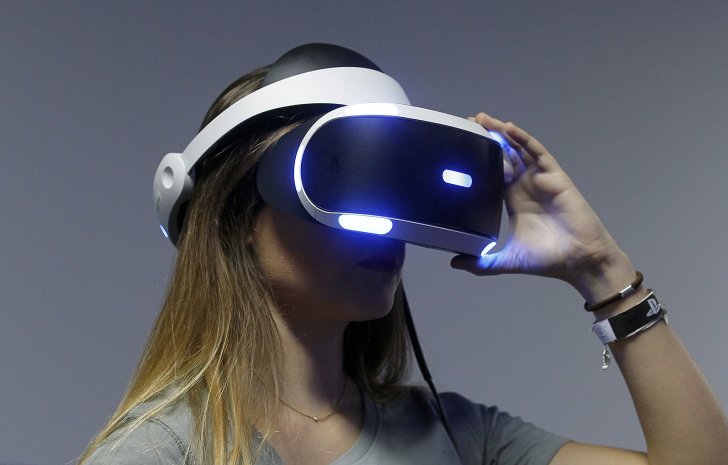 HP’s Reverb Windows VR Headset offers a mixed reality experience with stunning clarity. Offering 2160 x 2160 pixels per eye resolution, you’ll have ultra-sharp visuals, and its 114-degree field of view is truly impressive. The system is compatible with both Windows Mixed Reality and Steam VR, making it a great option for those looking to balance work and play. Velcro straps across the sides and top of your head make this headset comfortable regardless of your head size, and its lightweight construction makes it easy to wear for extended periods. 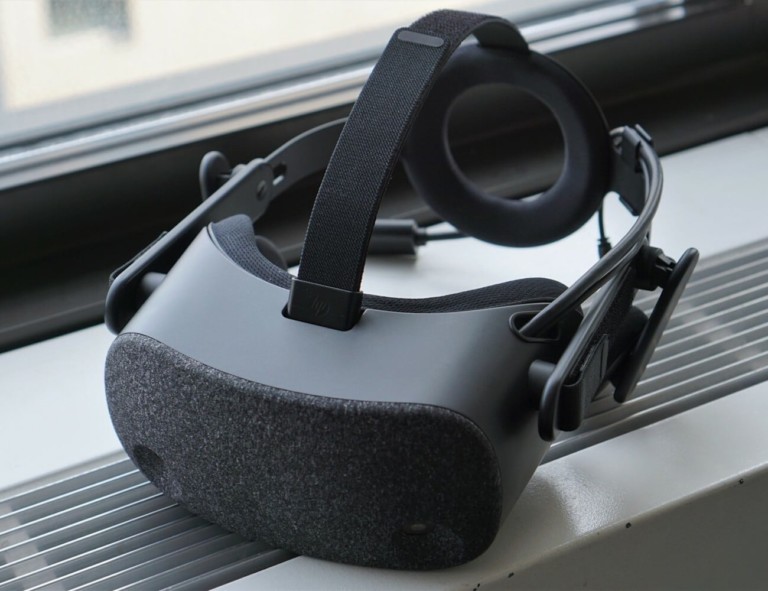 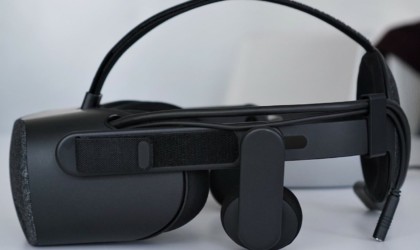 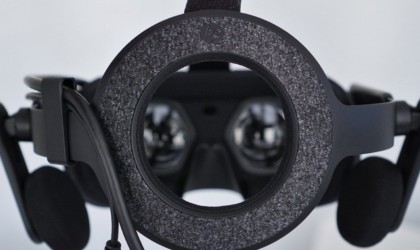 Offering a 200-degree field of view and a 3840×2160 resolution per eye, the Pimax 8K Virtual Reality Headset is visually out of this world. The high resolution reduces the screen door effect and the widescreen enhances your immersion whether you’re gaming or watching video. The Pimax 8K is also compatible with over 1,700 VR games and videos, so there’s no shortage of entertainment to be had. 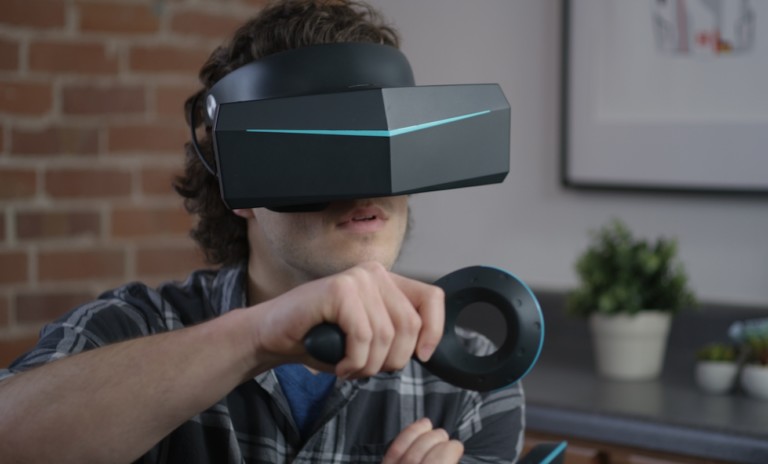 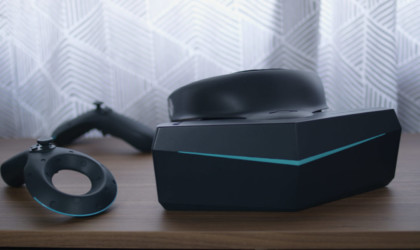 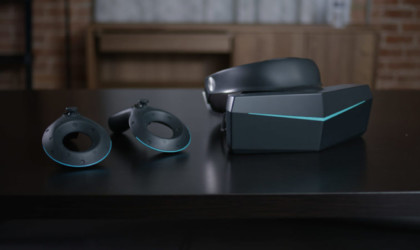 Stunning graphics, realistic sound, and 6 external cameras make the HTC Vive Cosmos Premium one of the most responsive and immersive VR systems on the market. And don’t panic at the sound of 6 cameras –– the system is still pretty easy to install in your home. The headset is designed to be comfortable during long hours in virtual worlds. And its flip-up design makes it easy to switch back and forth from the virtual world to reality without having to reconfigure your headset. 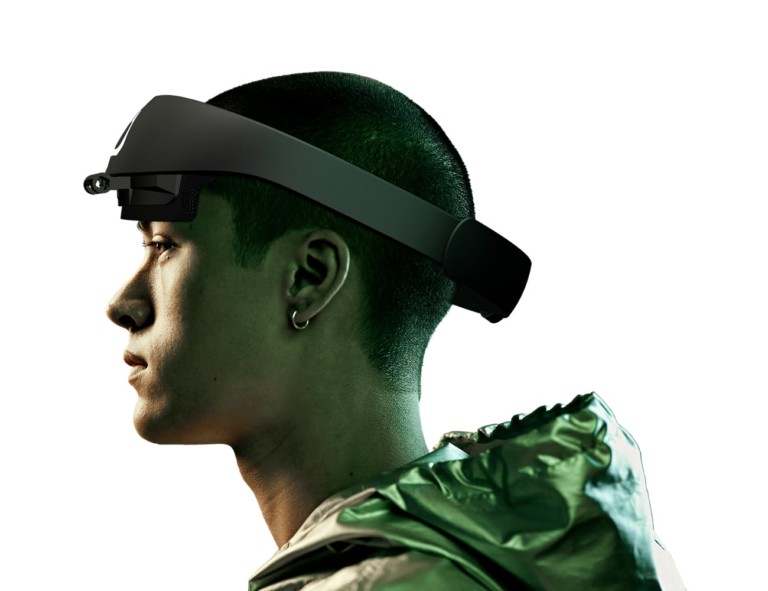 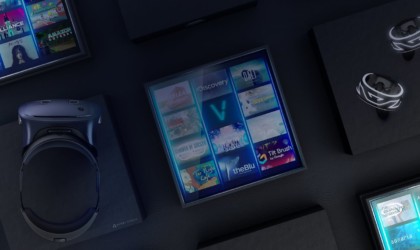 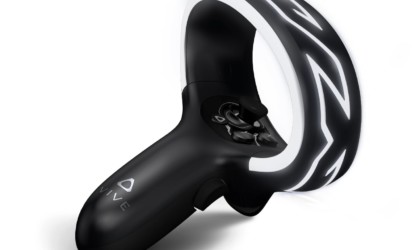 Whether you opt for mobile, tethered, or standalone VR headsets, there’s no shortage of awesome products on the market to help you access VR games, videos, and mixed reality experiences. With the whole virtual world at your fingertips, where will you go?

Matt Halpin is a contributor at Gadget Flow where he gets to nerd out on the latest tech, gadgets, and accessories. When he's not grinding away at his keyboard, he's likely camping somewhere with his dogs.
Join the Discussion
Popular Blog Posts
Apple Silicon Macs—should you buy the new Macs with the M1 chip? 15 Smart gadgets for Google Home Must-have smart home gadgets for a truly smarter home Best iOS 14 app icon packs to customize your iPhone Home Screen LG vs. Samsung TV 2021: Who’s winning the smart TV war?