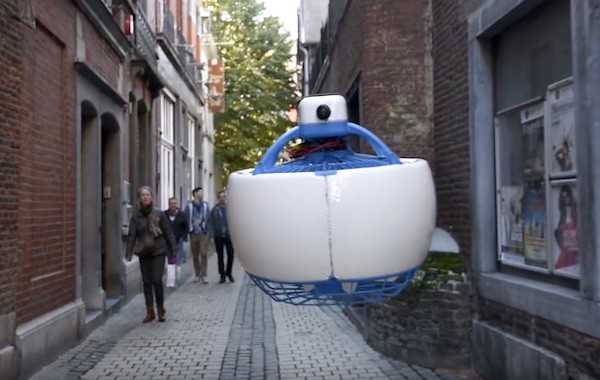 In recent weeks, a small boy from the U.K. lost an eye when a drone flew into his face. It is a stark reminder of how dangerous the unguarded rotor blades of a quadcopter can be. Drone sales will continue as before, but one startup from Belgium wants to make drones of the future a whole lot safer to be around. The team behind Fleye envisaged a personal autonomous flying assistant, that could be programmed to perform tasks and be safely pushed away should it fly too close. After two years of hard work, the idea is becoming a reality.

In flight, the Fleye looks as if it could be a distant relation of R2-D2. The main body is a gleaming white cylinder, with a “head” perched on top. Inside, a single propeller pushes air through four vents, keeping the drone aloft. Lateral movement is achieved by closing one or more of these vents, giving the drone good, if floaty, maneuverability. It is controlled from your phone, where a livestream from the on-board camera is available to watch, with the video beamed via the Fleye’s Wi-Fi transmitter. The drone can be piloted manually — you have the option to use a gaming controller — or you can select one of the basic autonomous flight modes, which include Hover and Selfie. 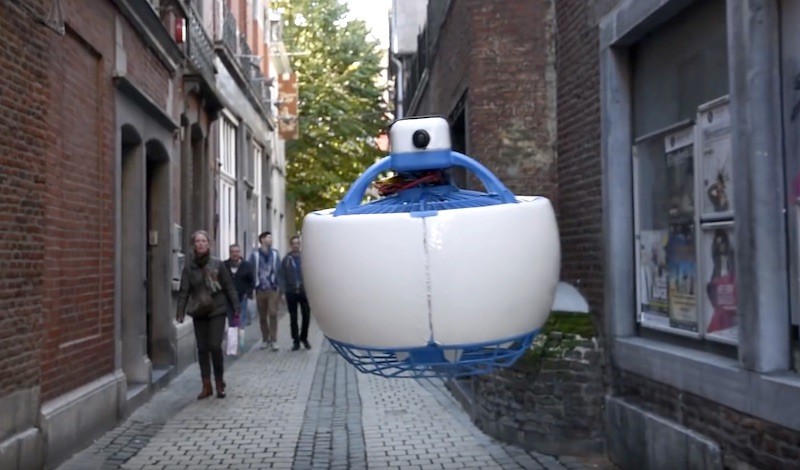 The true potential of the Fleye, however, may not be known for years to come. Team Fleye, led by CEO Laurent Eschenauer and CTO Dimitri Arendt, have created two APIs for the Linux-powered drone, meaning developers will be able to program the aircraft to suit their own ends. It can already recognize and track faces, for instance.

Fleye is currently raising production funds via Kickstarter, and at the time of writing, the pledges are pouring in. For early bird backers, the first-generation drone can be pre-ordered for €699 (approx. $738), with delivery scheduled for September 2016.