8 Things your crowdfunding agency doesn’t want you to know 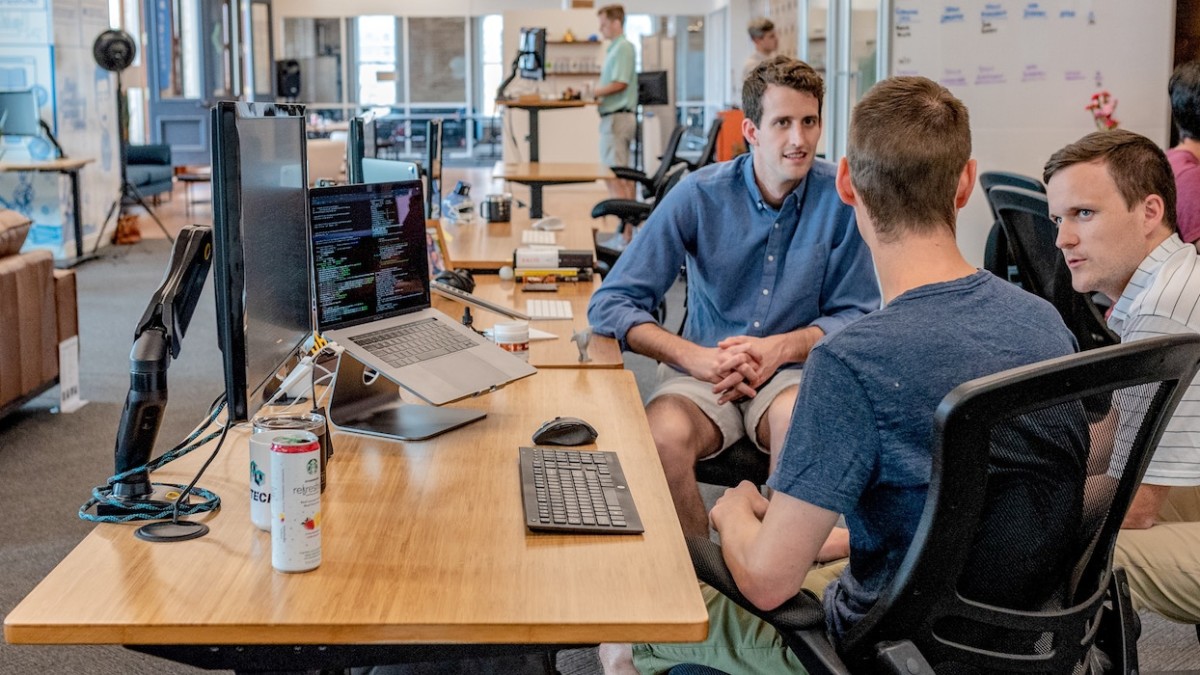 Nalin helps people bring products to the market using Kickstarter and Indiegogo. Since 2015, she’s worked with entrepreneurs and businesses to raise over $7 million. As the founder of Crush Crowdfunding, she offers no-BS strategies, marketing resources, and campaign tactics to get products launched and funded. With a double masters, Nalin applies her interdisciplinary skills to help craft the best products and market it to the right people. She is deeply passionate about empowering entrepreneurs to launch their dreams. In her free time, you can find her on the soccer field, sampling beer, or playing board games.

After a collective $5.5 billion raised over the past 10 years from Kickstarter and Indiegogo, it’s obvious that crowdfunding can be a lucrative industry. A crowdfunding agency pops up almost monthly, claiming expertise in crowdfunding and experience taking your project from zero to success.

As someone hoping to launch your idea on crowdfunding, you’re probably bombarded with countless promotions to work with these agencies. Whether you’re browsing on crowdfunding-related forums, reading articles on niche blogs, or just Googling your most recent question – agencies are always there vying for your attention.

Today, I’m here to share with you some crowdfunding tips on what agencies won’t tell you about your crowdfunding project. And not all of it is pretty. 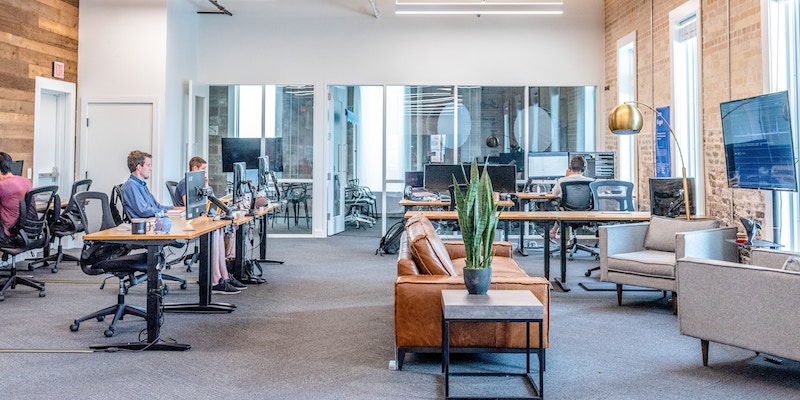 Don’t get me wrong, I have an admiration for agencies. I started my foray into the world of crowdfunding by working at a crowdfunding agency. I then went to work in-house at a tech startup to launch products on crowdfunding where I also hired an agency to help us in our launch efforts. And even now, I consult for agencies in the crowdfunding niche.

So why am I writing this tell-all about the 8 things agencies won’t tell you about crowdfunding? Because I believe that everyone deserves to be an informed customer and that knowledge will help you succeed.

Let’s get right to it!

There is no secret sauce.

Whatever they tell you, remember this: there is no way to guarantee success for your project. There is no secret sauce. 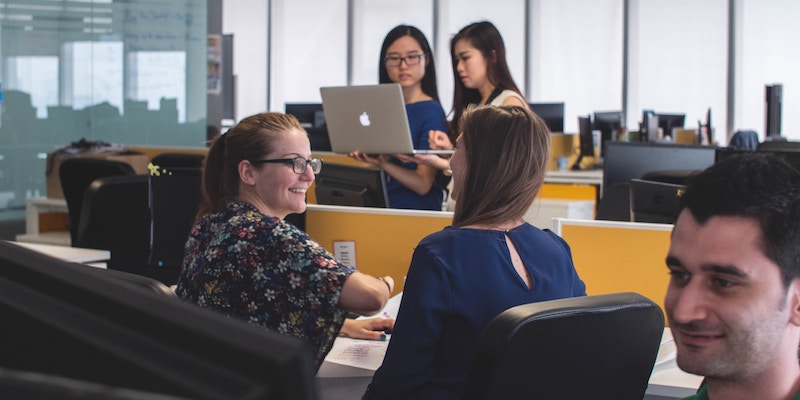 What every agency will help you do, however, is to walk you through these exact steps to create a successful campaign. The execution might look different from one agency to the next, but that’s all agencies can offer you in the roadmap to getting fully funded. Don’t let anyone out there tell you otherwise. Which leads me to my next point…

Your results are not guaranteed.

The stuff agencies show you while they’re courting your business is the best of the best. They (obviously), don’t show you failed projects or those that have subpar results.

Sure, the agency might have worked on a million dollar campaign in the past. Maybe that campaign was even within the same niche as your project. Better yet, they might even have an extremely detailed case study that walks through the process step-by-step.

But guess what? Every company is unique and every project is different.

Past success does inform experience, but there are always external factors that impact the trajectory of a launch.

Things go wrong with your account all the time.

Agencies won’t really let on, but things go wrong with your account all the time.

When I say account, I don’t just mean your Facebook Ad Account or Hootsuite or something similar. Although yes, Ad Accounts can and do completely stop working when campaigns are being optimized.

What I mean is the whole gosh darn thing you signed up for. Internal processes that they have built around launch setup and prep can get derailed. Teams might miscommunicate certain milestones (was lead generation Facebook ads supposed to go live today?). Things like this happen all the time.

The top players aren’t on your project team.

A marketing agency purposely runs lean to keep costs as low as possible and stay profitable. They won’t have employees sitting around waiting for work. As they’re trying to sweet talk you into signing a contract, they’ll bring on their top players to be the face of the agency.

They’ll show you incredible results, driven by outstanding individuals. You might even be led to believe that only the top players will work on your project. That’s seldom the case. 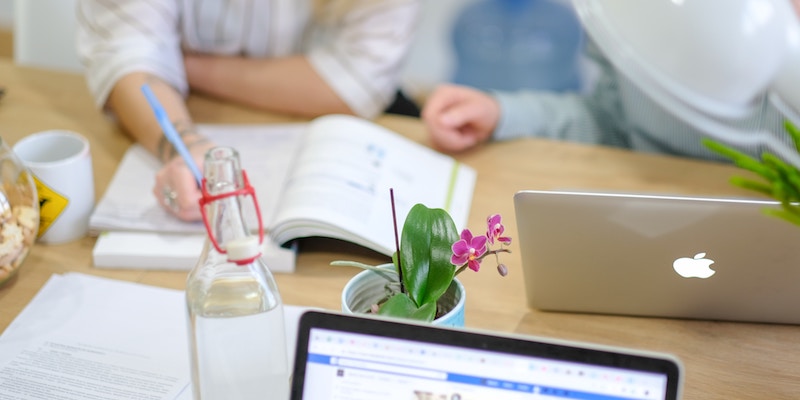 Oftentimes people who do well on past projects (aka the top players) get promoted to manager status. These managers then oversee a group of other people to get the work done instead of being in the trenches themselves.

Which leads me to my next point…

Freelancers come on board all the time.

When a crowdfunding agency brings on new clients and doesn’t hire in time, they pick up freelancers too.

Does the landing page need copywriting? The agency probably is paying someone a one-off price to copywrite that page for you.

Need to find the names and contact information for journalists? There’s an unlimited number of freelance virtual assistants who will get this information at the drop of a hat.

Does the Kickstarter page need to be designed? Freelance designers are everywhere on UpWork and Fiverr – and they’re around for a very affordable price.

You bet these agencies farm out their work to freelancers too. Truth be told, there’s probably a lot of freelancers who have worked on your project ever since the beginning.

A crowdfunding agency always says they do more than they do.

The list of “to-dos” at the end of each weekly call? There’s probably a template for each item and it will probably take the agency very little time to do.

Setting up a landing page for your own project might take you days to do, but agencies will have it down to a science and be able to get one up and running in a matter of hours.

Creating an email template might take you nights of research and weeks of implementation, but agencies can probably get it done within 30 minutes.

It might look like they’re doing a lot of work for you, but in reality, most of these tasks take little to no time at all because of the processes that they’ve already built out.

But get this, they won’t tell you that they don’t know. This is probably the strangest thing I’ve encountered: people who work at agencies are trained to not tell clients that they don’t know. Supposedly, saying “I don’t know” will make the agency look bad or make them seem like they’re not experts in their niche.

Even if they have no experience with some novel method, they’ll still feign experience just to remain the expert in your eyes and make you feel like hiring the agency was money well spent.

They put less work into your account if it’s tanking.

This one can agitate a few of you out there. Typically the agency contract consists of a kickoff fee for the project and then a percentage of the total raised during the crowdfunding campaign. Oftentimes the agency sets a kickoff fee that will just about cover the costs of all activities to set up the project, and then bank on the percentage at the end to make a profit.

In this setup, the agency’s main motivator is the percentage of the total raised. The more money your campaign raises, the more revenue the agency makes. So you shouldn’t be surprised when I say that if your project isn’t gaining much traction, the agency will put less work into it.

They’ll reorganize how their resources are allocated and move their best Advertising Manager away from your account. Their Campaign Managers will spend less time thinking about, discussing and brainstorming for your project. Their designers will pivot away to creating content for other projects that will probably bring in higher revenue at the end of the campaign.

You might be thinking: so why should I even bother working with an agency?

If you’re considering working with an agency, there are three critical things I’d look for as a potential customer:

Nalin helps people bring products to the market using Kickstarter and Indiegogo. Since 2015, she’s worked with entrepreneurs and businesses to raise over $7 million. As Founder of Crush Crowdfunding, she offers no-BS strategies, marketing resources, and campaign tactics to get products launched and funded. With a double Masters, Nalin applies her interdisciplinary skills to help craft the best products and market it to the right people. She is deeply passionate about empowering entrepreneurs to launch their dreams. In her free time, you can find her on the soccer field, sampling beer, or playing board games.

Ashley Timms is an editor at Gadget Flow where she gets to write about the most incredible products in the world. When she’s not writing, she’s producing fine art dog photography.
Join the Discussion
Popular Blog Posts
Smart thermostats your home needs before winter steps in MacBook Pro with M1 Max and M1 Pro: which one should you buy? Launching a Kickstarter or Indiegogo campaign soon? Read this first 10 Best tech gadgets you need in your life Must-have smart desk gadgets and office accessories