WalkCar Is an Electric Skateboard That Fits in Your Bag 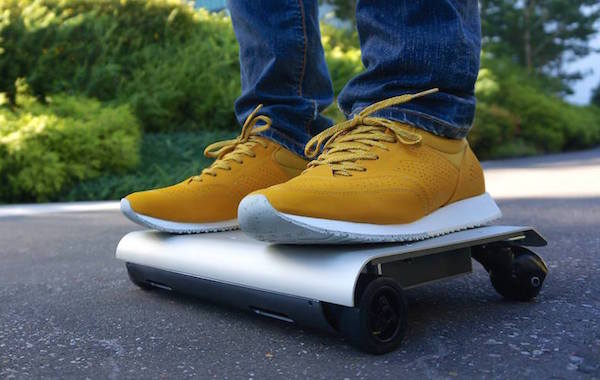 A morning walk is undoubtedly a pleasant and healthy way of getting to work. But not every day offers the time to commute at three miles an hour, and not everyone has the physical ability to cover that distance. This is why so many urbanites choose to suffer the intolerable congestion of big-city roads. In an effort to find a happy medium, one Japanese inventor has taken the best of electric car technology, and put it into a laptop-sized, four-wheeled electric skateboard called the WalkCar. It is pretty much a Segway that fits in your bag. 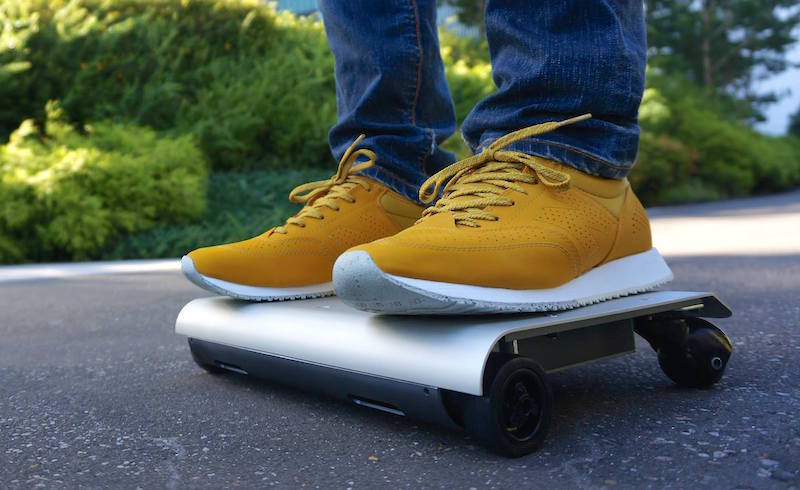 The words “electric skateboard” are often associated with adrenaline junkies looking for even faster ways to fall over and break things, but the WalkCar is a far more distinguished method of travel. The rider faces the direction of movement, and gently transfers their weight sideways in order to steer. You step on to accelerate, and step off to stop — jumping off makes the WalkCar stop within a couple of feet. The board’s top speed is a comfortable 10 kilometers per hour (6.2 miles per hour).

It is powered by lithium batteries which take three hours to fill via USB. The given range is 12 kilometers (7.4 miles), and the board can support 120 kilograms (265 pounds). The on-board motors are powerful enough to make steady progress up steep hills, and even let the rider push someone in a wheelchair. For a device that weighs only 3 kilograms (6.6 pounds) — the indoor version weighs less — this is mighty impressive stuff. 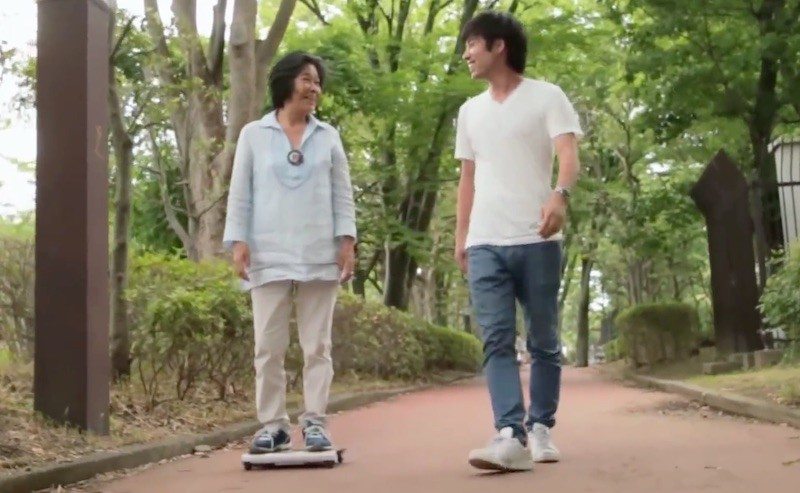 It is the work of Kuniako Saito and his team at Cocoa Motors, who plan to fund the WalkCar via Kickstarter, starting in October. Only then will the full technical details of the device be revealed, while some questions of practicality will remain in the meantime, such as how speed is controlled and how well the WalkCar will cope with uneven paving. At a pre-order price of $800, it will not be cheap, either. But if the prototype version (see video above) is anything like as maneuverable as it appears, Cocoa Motors is definitely on to something here.